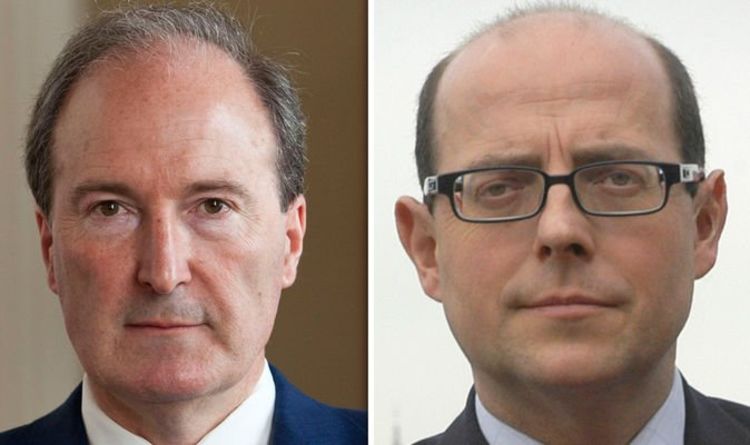 The incendiary accusation was made by Charles Moore, who appeared on the BBC radio 4 ‘Today’ programme as a guest editor. Mr Moore also accused the BBC of having a bias over climate change arguing it had a “nationalised culture” that should be “disestablished”.

The conservative writer was formerly editor of The Daily Telegraph and Spectator magazine and has written a three volume biography of Margaret Thatcher.

Speaking on the show Mr Moore said: “What I am objecting to is preaching.

“The BBC has decided to be a secular church and it preaches and tells us what we ought to think about things.

“So it tells us we shouldn’t support Brexit and we should accept climate change alarmism and we have to all knowtow to the doctrines of diversity.”

Greta Thunberg, the 16-year-old climate activist from Sweden, is due to guest host the ‘Today’ programme on Monday.

Ms Thunberg shot to fame in 2018 when she began the ’school strike’ movement demanding tougher action to combat climate change.

This later spread across the world with hundreds of thousands participating including in the UK.

In a promotional video published on the BBC Radio 4 Twitter account Ms Thunberg explained what she plans to do as guest editor of the show.

Separately a new study revealed that the share of world trade occupied by EU member states is to collapse in the coming decades.

Currently the 28 EU member states make up a little over 22 percent of world gross domestic product (GDP). This is down on the over 36 percent the same nations possessed in 1960.

However according to a new survey this will fall further, to just 9.9 percent in 2100.

The real figure is likely to be even lower as the study doesn’t incorporate the UK upcoming withdrawal from the EU.

Britain is set to leave the EU on January 31, with Boris Johnson having secured a Parliamentary majority for this objective.

The study was conducted by the University of Denver’s Pardee Centre.

In addition Britain is projected to be the only current EU member state that improves its place in the ranking of the worlds largest economies by 2100.

Next year the UK will have the world’s seventh biggest economy according to the study.

However the country is predicted to rise to sixth place by 2100.

All other current EU member states will see their relative position decline during this period.