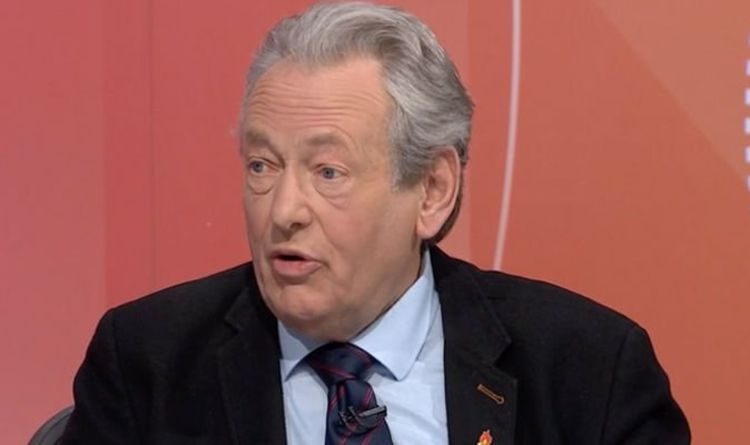 Professor John Ashton made his criticisms while appearing on Thursday night’s BBC Question Time from West Bromwich. He was joined on the panel by Steve Barclay, the Chief Secretary to the Treasury, Labour MP Louise Haigh, Pete Wishart from the SNP and the managing director of Iceland Foods, Richard Walker. The panellists were answering a question from an audience member about whether the Government was doing enough to combat the coronavirus epidemic.

Professor Ashton, a former director of public health in the north west, was scathing in his assessment of the Government’s performance, slamming the Prime Minister for dithering and losing control of the sitiuation.

He said: “I am embarrassed by the situation in this country. We’ve lost the plot here.

“We haven’t taken the action that we should have taken four or five weeks ago..

“Boris Johnson should have convened Cobra at the outset when it became clear what was cooking up.

Professor Ashton, who has lectured on public health at the London School of Hygiene and Tropical Medicine, was incredulous that the Government allowed the Champion’s League football game between Liverpool and Atletico Madrid to go ahead on Wednesday night.

He pointed out that Madrid was in the midst of a serious outbreak and that 3,0000 of their fans attended the match, potentially bringing the virus with them.

However, many viewers did not agree with the health expert, taking to twitter to criticise the professor for fear mongering and politicising the issue.

One wrote: “Ashton is a Labour member and campaigner. Shame QT failed to mention that.

“Now he’s trying to make a political point out of the pandemic.”

Another commented: “Your appearance on BBCQT was extremely unprofessional and irresponsible.

“Your comments only added to the growing confusion and panic. You should be ashamed and step back from public forums.

“This was never about the good of the people, purely selfish ego stroking.”