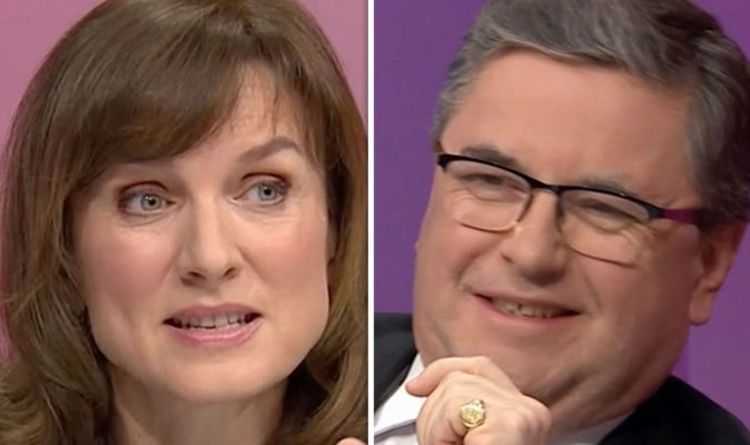 Robert Buckland, a Welsh Conservative politician and Secretary of State for Justice since 2019, was pushed into making a hilarious comparison between Donald Trump and Boris Johnson. It came as members of the audience and panel alike queried the legitimacy of the impeachment result, and how professional the “pally” relationship between the two powers is, as put by Liberal Democrat interim co-leader of the Liberal Democrats.

It began, as Sir Ed Davey asked: “Do you feel any discomfort about Donald Trump and Boris Johnson being so pally?”

Mr Buckland replied: “Well look, I think apart from the hair, I do not see much commonality between a classical scholar and Donald Trump.”

Fiona Bruce, Question Time’s host, quickly jumped on this, and said: “Are you saying the pair of them have the same hair colour?

“I think Boris Johnson might have a word with you about that.

Mr Buckland ignored Ms Bruce’s intervention, and continued: “I’m sorry, I do think that some easy comparisons are made that are actually not born out of the evidence.”

He went on to criticise the mishap that has plagued the Democratic Party’s Iowa caucuses elections, which, despite being cast four days ago, has yet to be fully counted due to a technical hitch.

He said: “What I want to see in the United States, is the Democratic Party organising its caucuses efficiently so that we know what the results are going to be.

JUST IN: BBC Question Time: Outrage as NO Brexiteers appear on panel

Now, the chairman of the US Democratic National Committee (DNC), Tom Perez, has called for a review of the vote totals in the contest to pick a presidential nominee in Iowa.

He said: “Enough is enough,” explaining that he wanted to ensure accuracy and voter confidence.

Despite the absence of three per cent of the votes, Mr Sanders says he is confident of a “declared victory”.

Speaking in New Hampshire, where he is campaigning for the upcoming primary on Tuesday, Mr Sanders said: When more than 6,000 more people come out for you in an election than your nearest opponent, we here in northern New England call that a victory.”

Mr Buttigieg had already declared victory for himself on Monday, before any of the results were released.

The party has blamed the issue on an app, called Shadow, that is being used for the first time to report the votes.

Taking to Twitter, Mr Perez said a canvas would not involve a recount of all votes, but a “review of the worksheets from each caucus site to ensure accuracy”.

However, Mr Perez doesn’t hold the necessary power to make such a move, with only the Iowa Democratic Party (IDP) being able to call for a remcanvass of votes.