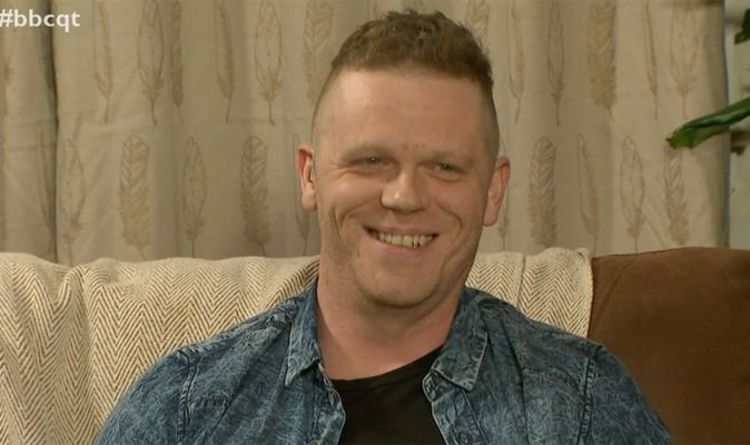 During Thursday night’s show, presenter Fiona Bruce asked the rapper, also known as Loki, if he was frustrated by fellow guest, Professor of experimental medicine at Imperial College, Peter Openshaw’s comments about testing in regards to deaths.

The rapper appeared to look confused as he was speaking through a video link due to the show’s new format to adhere by the government’s social distancing rules.

He then replied: “I wasn’t frustrated actually.

“I’ve just been informed this show is live, so I was actually more disorientated, which does register as an agitated expression.”

This resulted in the rest of the panel, including Ms Bruce, to laugh at the blunder.

But GMB host Piers Morgan was quick to slate Mr McGarvey on Twitter over his appearance on the show.

He wrote: “Who is this raging lunatic?”

Piers also ripped into the other guests on Thursday night’s show.

LATEST: Spain extends state of emergency amid hopes coronavirus ‘is coming under control’

The show primarily centred around the latest developments in the coronavirus pandemic.

Before he realised the show was live, Mr McGarvey was asked about the economic downsides of lockdown on poorer working people.

He said: “We have to look at the ulterior (motive) to the demand to return back to normality for lots of people, particularly those further down the social scale.

“If you explore why many people are so keen to return to work or might flout the rules, it’s because they have a sort of fear that they are going to suffer in some way or that they’ll be punished or reprimanded because that’s what they’re experience tells them.“