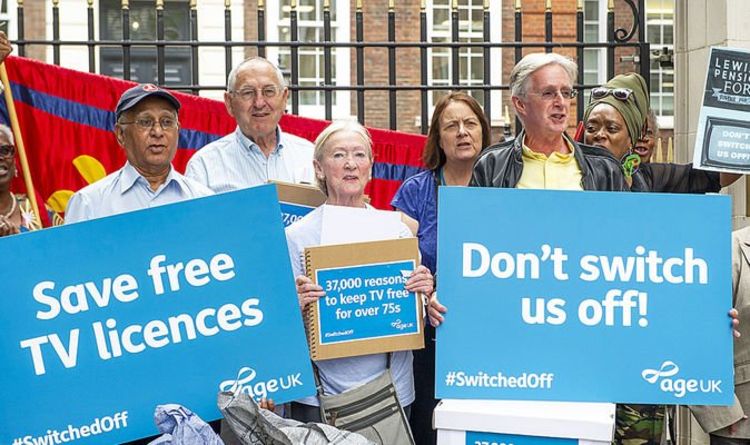 He said it was “despicable” the Government is passing on the cost to the BBC. From June 1, four million people aged 75 and over will have to pay £157.50 a year to watch TV. Only households claiming ­pension credit will still get a free licence. But many are unaware they are ­entitled to it and others do not want to admit they need the extra help.

The life peer said the decision would devastate lonely elderly ­people across the country.

Lord Foulkes told the House of Lords: “This is going to have a huge impact on vulnerable pensioners up and down the country, particularly those who fall just short of qualifying for ­pension credit and thereby are by no means well-off.

“It’s those people who are going to be hardest hit by the changes.”

He added: “Some pensioners still entitled to free TV licences will ­nevertheless pay the fee for fear of prosecution, the resulting fines and even the threat of imprisonment if this remains a criminal offence.

“It is outrageous that the Government should be putting the most vulnerable people in our ­society in this position.”

His remarks came as new Culture Secretary Oliver Dowden warned that the BBC needs to do more to reflect the country’s “genuine diversity of thought and experience”.

Mr Dowden, who recently succeeded Baroness Morgan, made the comments in his first speech in the role on Thursday. He also warned that the broadcaster must “guard its unique selling point of impartiality in all of its output”.

His comments come amid a debate about the future funding of the corporation.

The Government is currently consulting on proposals to decriminalise TV licence fee evasion, while negotiations for the next licence fee settlement are due to take place.

Mr Dowden told the Media and Telecoms 2020 And Beyond conference that audiences should cherish a unique contribution made by public service broadcasters.

But he said: “If we’re honest, some of our biggest institutions missed, or were slow to pick up, key political and social trends in recent years.

“The BBC needs to be closer to, and understand the perspectives of, the whole of the United Kingdom and avoid providing a narrow urban outlook.”

Mr Dowden emphasised the importance of safeguarding impartiality, citing research that suggested some viewers trust other broadcasters such as Sky and CNN more than the BBC.

He said: “If people don’t perceive impartiality, then they won’t believe what they see and read and they’ll feel it is not relevant to them. In an age of fake news and self- reinforcing algorithms, the need for impartiality is greater than ever.”