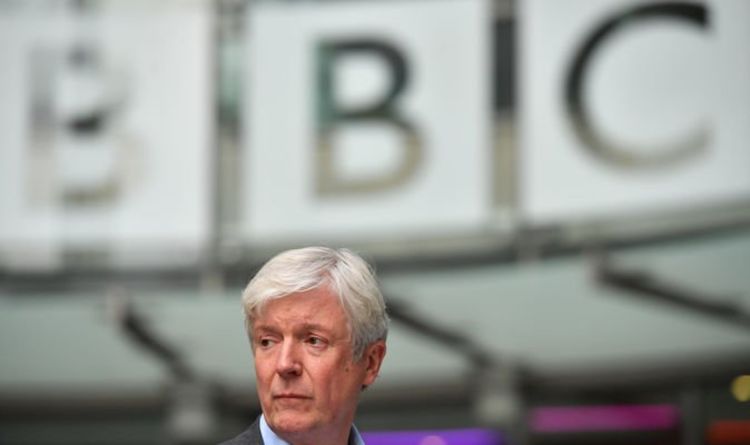 The Beeb withstood a barrage of criticism during the run up and aftermath of the general election and was hammered with a total of 24,435 complaints. Voters across the political spectrum accused the public service broadcaster of favouring certain parties when covering the campaign. Tory voters issued more complaints than Labour supporters, according to analysis by the Guardian, but many Left-wingers claimed to have witnessed pro-Conservative coverage.

Robbie Gibb, who previously worked as a head of political programming at the BBC before becoming Theresa may’s head of comms, has now hit out at his former employer for failing to address the rising sense of distrust among the public.

Writing in the Daily Mail, Mr Gibb cited Radio 4’s Today programme, which features discussions and interviews on news and current affairs, as a key example.

He also criticised Tony Hall, the director-general of the BBC, for his weak response to the wave of complaints.

Mr Gibb said: “The fact the BBC received a record 24,435 complaints in just a two-week period during the election campaign should be cause for concern at the BBC. It is unwise for Lord Hall to dismiss these concerns so casually.

“Nowhere is impartiality more important than Radio 4’s Today programme, but its election coverage was a masterclass in why the BBC is losing the trust of its audience.

“Trapped by its own woke ‘groupthink’, Today — or Radio Misery as my friends increasingly call it — bombarded its listeners with a relentlessly negative and sneering tone and painted a picture of Britain that was monstrously out of touch.”

Lord Hall had said the fact that complaints came from people with different political options showed “we were doing our job without fear of favour”.

But Mr Gibb rubbished this claim, insisting that scathing reviews from all corners was not a reason to believe coverage was fair.

And another said “sadly I don’t see any sign of the BBC listening to anyone outside its own bubble” as he lamented the broadcaster’s lack of attention paid to communities up north.

A fourth disgruntled former viewer said: “This is absolutely spot on.

“That tone has a drip, drip effect and I am never confident we are hearing a balanced account of events.

“The only think I listen to are the In Our Time podcasts.

ByMeanwhile the coronavirus pandemic is spiralling out of control in Belgium, the country's health minister Frank Vandenbroucke has warned, while Wales has announced a...
Read more
U.K.