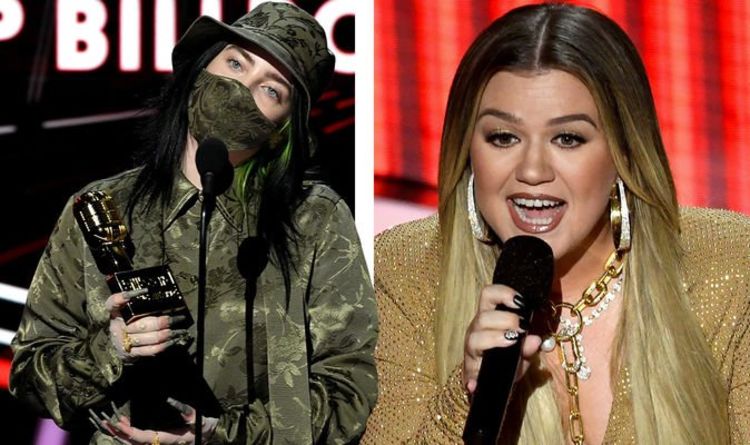 Fans have called out the Billboard Music Awards 2020 for not adding any “fake clapping” when celebrities pick up their awards and the presenters arrive on stage. Some claimed the atmosphere left them feeling “uncomfortable”, as first winner of the night Billie Eilish collected her award in complete silence.

Due to coronavirus, a lot of established awards ceremonies throughout 2020 have either been postponed, cancelled altogether or done in a virtual arena.

The BBMAs 2020 took place last night in Los Angeles after initially supposed to take place back in April, donning the virtual setting that allows the nominees and acts to perform and receive their awards safely, but without a live audience.

Instead, screens lit up the stage as viewers appeared via video link.

But with no audience comes a different type of atmosphere, one of which didn’t sit well with some viewers watching at home.

After Billie gave her speech and thanked her fans, Kelly reappeared with a remote the awards had provided her with, which was equipped with all the noise a live show would normally offer.

As the night commenced, Billie picked up more awards and made sure she wished her fans to stay safe.

Named top female artist ahead of Ariana Grande, Halsey, Lizzo and Taylor Swift, she described the win as “so nuts” and said: “Thank you to all the women that have come before me and paved my way, I love you.”