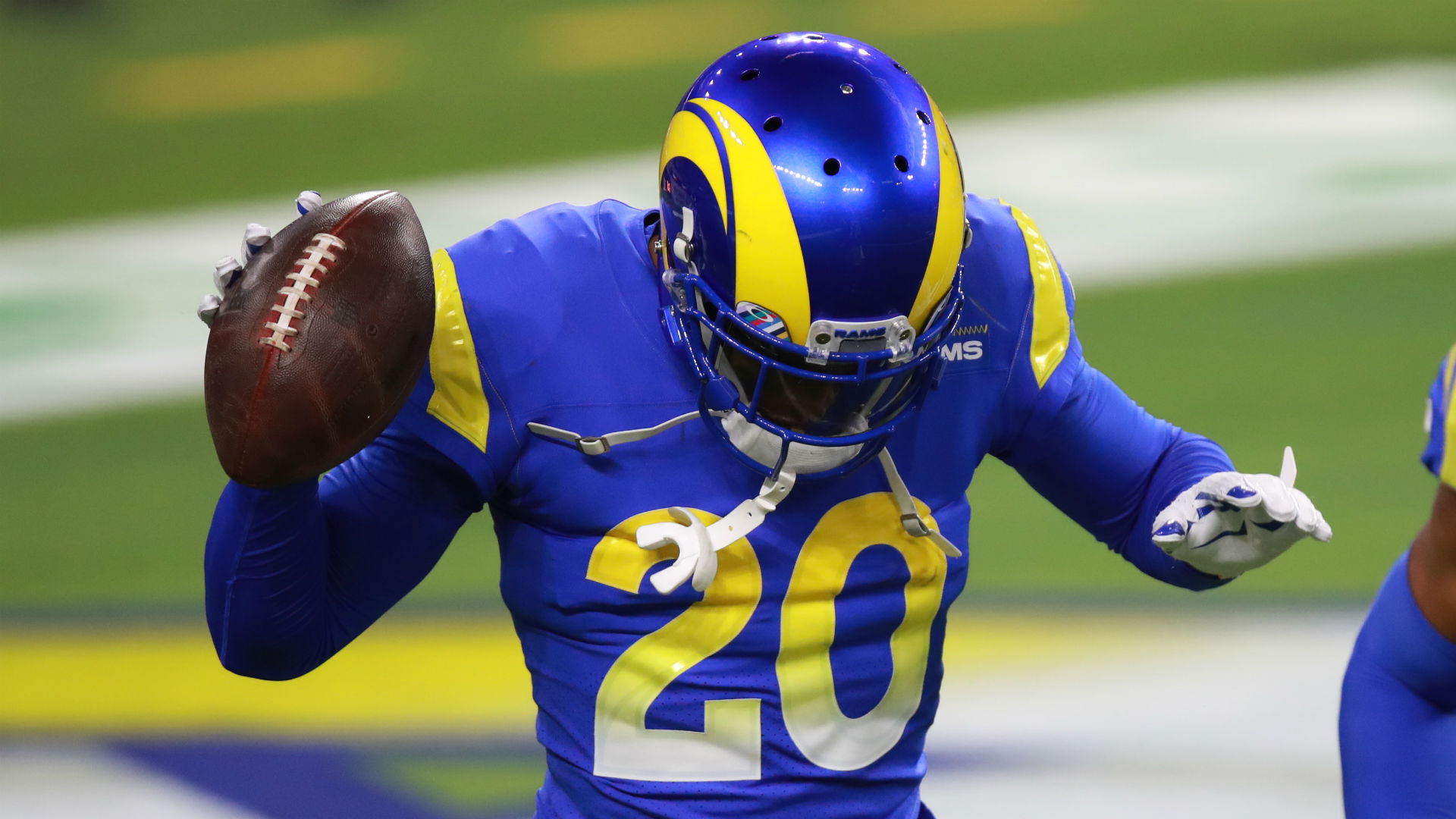 The Rams’ defense put up another stellar performance in the 24-10 victory over the Bears on “Monday Night Football.”

Setting the tone up front for LA was former Chicago defensive end Leonard Floyd, who had six tackles, including two sacks and three hits on Bears quarterback Nick Foles. The Rams sacked Foles four times and kept the 2018 Super Bowl MVP under pressure all night long, forcing a pair of interceptions in the second half.

The first interception came in the end zone on an incredible play by Troy Hill to tip the ball to teammate Taylor Rapp. That turnover led to an LA touchdown to take a 24-3 lead late in the third quarter. The second interception was made by Jalen Ramsey, who snagged his first pick of the season with 3:13 left in the fourth quarter to seal the win.

Both teams boasted solid defensive performances coming into the game, but LA’s tempo made the difference: The Rams were able to wear down and confuse Chicago with motions and formation shifts. Jared Goff finished the night completing 23 of 33 passes (69.7 percent) for 219 yards and two touchdowns. Running backs Darrell Henderson Jr. and Malcom Brown combined for 25 carries for 121 yards and a touchdown. It wasn’t anything too flashy, but it was enough to put up points against a tough Chicago defense.

Perhaps the biggest influence came in the punting game: Johnny Hekker single-handedly won the field position battle for the Rams, netting 221 yards on five punts (44.2 yards per punt). All five of his punts landed inside the 10-yard line, while two landed inside the 5 and another 63-yarder was downed at the 1. That set LA’s defense up for success all night long and gave the offense advantageous field position throughout the night.

The lone Bears touchdown came on a fumble recovery by Bears safety Eddie Jackson to make it 24-10 in the fourth quarter, but it was too little too late for Chicago.

(All times are Eastern)

11:11 p.m. — LA’s offense goes three-and-out, but Hekker does it again with a punt down to the Chicago 5-yard line with 2:43 to play. The Rams should just punt every play. It has been electric stuff from the veteran tonight.

11:06 p.m. — INTERCEPTION, RAMS. The pass rush forces an overthrow by Foles, and Jalen Ramsey gets the easy pick. LA takes over at the Chicago 39-yard line with 3:13 to play.

10:53 p.m. — TURNOVER ON DOWNS, BEARS. Justin Hollins sacks Foles on fourth-and-goal and once again Chicago fails to get points. LA takes over at its 12-yard line with 9:06 to play.

10:42 p.m. — BLOCKED FIELD GOAL, RAMS. Roy Robertson-Harris gets a hand on Sloman’s 48-yard field goal attempt. That’s about the only thing to go right for Chicago on that side of the ball. Bears take over at their 30-yard line with 12:45 remaining.

10:35 p.m. — Call is overturned on this gorgeous one-handed catch by Anthony Miller. Chicago can’t convert on fourth-and-1 though. LA gets the ball back at the Chicago 32-yard line with just seconds left in the third quarter.

10:18 p.m. — INTERCEPTION, BEARS. The Bears had their best drive of the game going, but Foles is picked off in the end zone by Taylor Rapp after a heads-up play to tip the ball by Troy Hill. LA takes over at its 20-yard line with 5:07 left in the third quarter.

10:00 p.m. — Absolutely nothing going for Chicago there. Pat O’Donnell punts from his own end zone and LA takes over at its 45-yard line, 10:27 left in the third quarter.

9:56 p.m. — Rams have to punt on their opening possession after a Khalil Mack sack. This is the best one Hekker has had all night, as it’s downed at the Chicago 1-yard line — his third inside the 10 tonight. There’s 11:49 left in the third quarter.

9:49 p.m. — We’re back, as Goff leads the Rams’ offense out for their first drive of the second half.

9:35 p.m. — HALF: Rams 10, Bears 3. Chicago declines to use its final timeout after getting a stop on third down and that’ll do it. LA will get the ball to start the second half.

9:26 p.m. — Two-minute warning. Chicago has the ball, third-and-10 at the Rams’ 43-yard line. Aaron Donald just got the first sack of the game for either team two plays prior.

9:12 p.m. — Chicago goes for it on fourth-and-short, but a false start on a quarterback sneak turns it into fourth-and-5 and the Bears will punt. Rams take over at their 38-yard line with 8:05 left in the half.

8:48 p.m. — Foles throws one up for rookie tight end Cole Kmet, who snags it for a 38-yard gain. Chicago is now in LA territory.

8:36 p.m. — Bears go three-and-out and punt it right back. Rams will start this drive at their 48-yard line with 6:35 remaining in the first quarter.

8:31 p.m. — Rams can’t convert and have to punt from plus territory. Johnny Hekker does well though to land it at the Chicago 7-yard line; it’s Bears ball with 7:55 left in the first quarter.

8:21 p.m. — The Rams get a good pass rush on that drive and the Bears have to punt from near midfield. LA gets the ball at its 10-yard line for its first possession of the game.

8:16 p.m. — Chicago gets the ball to start and Nick Foles will lead the Bears’ offense out for the opening drive.