Beatles documentary out in September 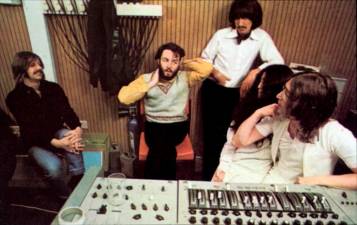 DISNEY executive chairman Bob Iger recently announced that The Beatles: Get Back will launch in the US and Canada on Sept 4.

The documentary will include 55 minutes of never-before-seen footage of the Fab Four, which was shot in early 1969 while the British band was recording its 12th and final studio album, Let It Be.

In addition, The Beatles: Get Back will feature 140 hours of mostly unheard audio recordings from the “Let It Be” album sessions, which Ringo Starr remembers as “hours and hours of us just laughing and playing music.”

“There was a lot of joy and I think Peter [Jackson] will show that. I think this version will be a lot more peace and loving, like we really were,“ he added in a statement

The film will also document the Beatles’ final live performance on January 30, 1969 from the rooftop of the Apple Corps headquarters in London.

The 42-minute impromptu concert was notably chronicled in the 1970 British documentary Let It Be, with Variety reporting a fully restored version of the film will also be released later this year.

Footage for The Beatles: Get Back has been restored by Park Road Post Production of Wellington, New Zealand, while Jackson’s frequent collaborator Jabez Olssen helmed the editing.

In a statement, Jackson discussed his experience working on The Beatles: Get Back.

“Working on this project has been a joyous discovery. I’ve been privileged to be a fly on the wall while the greatest band of all time works, plays and creates masterpieces. I’m thrilled that Disney have stepped up as our distributor. There’s no one better to have our movie seen by the greatest number of people,“ he explained.

In other Beatles news, the city of Liverpool recently announced that the George Harrison Woodland Walk will open to the public in spring 2021.

The memorial will be built in a 12-acre site in the suburb of Allerton, close to where the former Beatle spent his formative years.

While work to transform the site will begin within the coming months, Liverpool city council is currently calling on artists to submit ideas for installations and sculptures that will be on display in the woodland.- AFP