Beats Flex review: By no means perfect, but sound great... 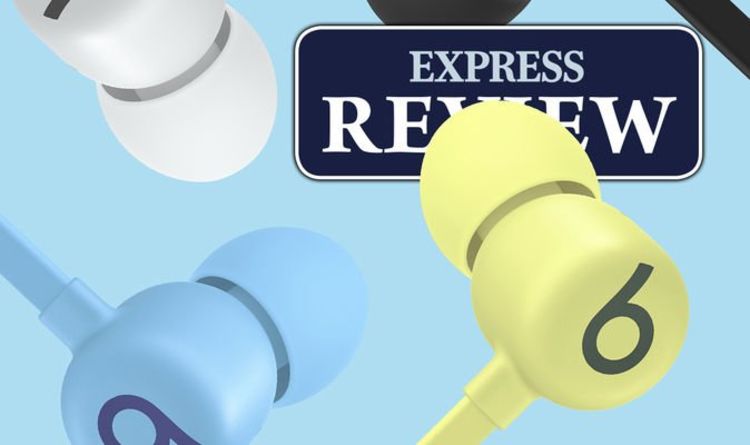 Beats Flex review: Beats shocked us all earlier this month when they announced the launch of their new budget Beats Flex earphones. The Apple-owned audio firm is renowned for its premium music makers, but this latest release can be yours for under £50. Despite that low price tag, Beats has still bundled the same clever wireless connection to your iPhone found in £159 AirPods.

So, there’s no doubt that price tag is clearly enticing, but are the Beats Flex really worth your hard-earned cash? Express.co.uk has been putting them to the test and here’s what we think…

Let’s kick off with the positives as there’s certainly plenty to like about these new budget Beats. First, they include Apple’s clever W1 chip which means, straight out of the box, they will connect seamlessly with your iPhone, iPad, and Mac. Simply switch them on, hold them close to your Apple gadget and you’ll see an image of the Flex pop-up on the screen with a single button to pair the earphones. It really is that simple – no digging around in the settings menu trying to find a Bluetooth connection and, just like AirPods and AirPods Pro, these earphones will be paired with any Apple gadget registered to your iCloud account. So, you can pick-up an iPad and not have to worry about pairing the Beats Flex all over again.

Unfortunately, things are a little less painless for Android users. Following its acquisition of Beats, Apple has put its own stamp on the hugely-popular headphones and portable speakers. Of course, the Beats Flex still use Bluetooth, so Android smartphone and tablet owners can use these earphones, but they’ll need to dig through the settings menu and kickstart the pairing process with each new device.

Once they are booming out your tunes, you’ll get an impressive playtime of 12-hours and they can be fast refilled with a quick 10 minutes in the plug offering another 90-minutes of music.

So, there’s plenty of features to like, but how do they sound?

Well, if you get the fit right in your ears it’s hard to fault the Beats Flex for the price with music sounding clear and packed with crisp detail. They are not the most bass-rich earphone we’ve ever tried – something that Beats used to be known for – but there’s nothing wrong with the way they sound.

However, it did take us a while to find the ideal tip for our ears. Out of the box, Beats supplies four options, and even then they still felt a little loose in ours ears and we found ourselves pushing them hard into the ear canal to make them feel secure. If the fit isn’t right these earphones sound truly terrible, so it’s really important to try each tip to get things right as things improve dramatically once plugged properly in your ears.

Of course, these are budget earphones so they don’t play and pause when you take one of the buds out of your ears and there’s no noise-cancelling tech tucked inside but those missing features can be forgiven for the price.

We’d also say that they don’t feel as premium as the more expensive Powerbeats but you are paying almost half the price for the Flex so it’s harsh to fault the overall build quality too much.

For gym-goers, we’d also say it’s worth spending the extra money on the Powerbeats as their design, which loops over the ear, means they stay put no matter how hard you pound on the treadmill – we wouldn’t have the same confidence with the Flex.