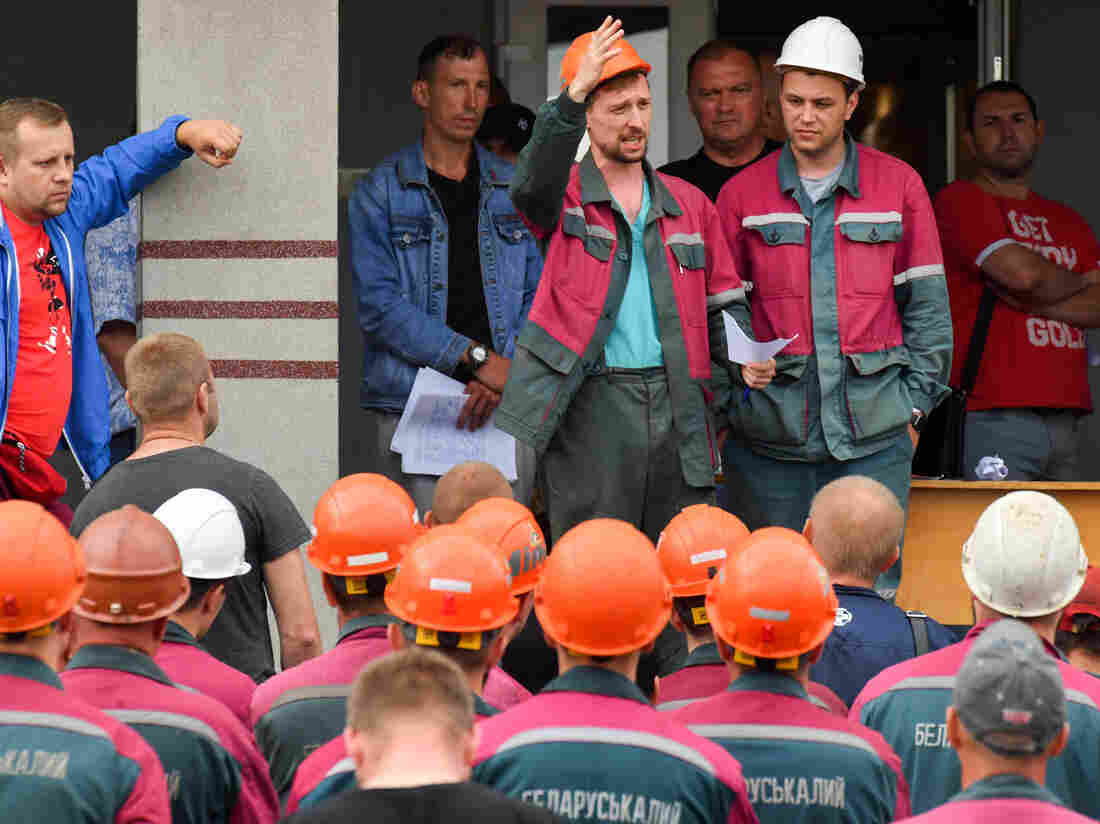 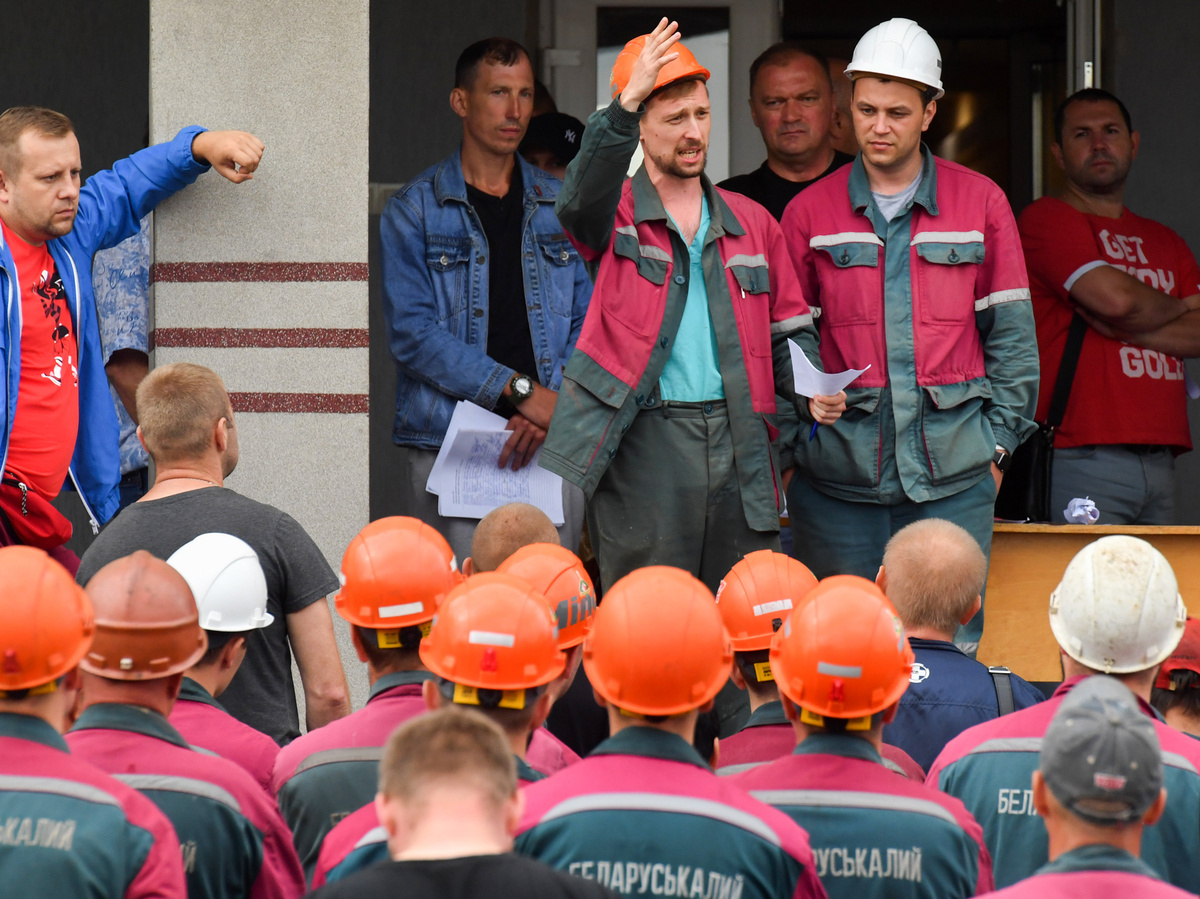 The embattled Belarus government came under increasing pressure Tuesday as demonstrations sparked by a disputed presidential election showed signs of expanding, with more factory workers joining the protests and hundreds of people gathering outside a jail where the husband of the country’s main opposition figure is being held.

The protests began after the Aug. 9 polls in which President Alexander Lukashenko — who has kept a tight rein on the country for more than a quarter-century — claimed a sixth consecutive term amid widespread accusations of massive election fraud.

Since then, the country’s security forces have taken a heavy hand with protesters. The government has acknowledged that some 7,000 people have been arrested. Videos posted on social media have shown beatings and torture in jails and some of the approximately 2,000 who have since been released have harrowing tales of detention. On Tuesday, Lukashenko signed an order awarding 300 medals to law enforcement “for impeccable service” during the crackdown.

This week, thousands of factory workers began walking off the job to join the protests, heckling Lukashenko on Monday as he tried to address a crowd at a tractor manufacturing plant. By Tuesday, workers from even more state-controlled companies and factories were joining the protests, including Belaruskali, a factory that produces a fifth of the world’s potash fertilizer.

“The authorities should understand that they are losing control,” Yuri Zakharov, the head of the independent miners’ union told The Associated Press. “Only Lukashenko’s resignation and punishment of those in charge of rigging and beatings (of protesters) can calm us down.”

“[W]e will not back down. The strike will continue and grow until he steps down,” Zakharov said.

Outside the Minsk prison where activist blogger Sergei Tikhanovsky has been held since being barred from standing against Lukashenko in the elections, supporters gathered to wish him well on his 42nd birthday.

Ahead of the Aug. 9 race, Tikhanovsky’s wife, Svetlana Tikhanovskaya, stepped in to replace her husband. Shortly after the announcement of election results, in which the government said Lukashenko had won a resounding victory, Tikhanovskaya was forced to flee the country. Initially, she appeared to concede defeat, but has since called for international mediation to break the deadlock.

Meanwhile, Russia, Belarus’ closest and most important ally, has offered unspecified security assistance and has put its clout behind a diplomatic effort to take international pressure off Lukashenko.

A Kremlin statement on Tuesday said that Russian President Vladimir Putin had spoken with German Chancellor Angela Merkel and French President Emmanuel Macron in separate phone calls, informing them that putting pressure on the government in Minsk was unacceptable. Merkel said she told Putin that freedom of protest in Belarus must be guaranteed.

In yet another potentially provocative move, Lukashenko on Tuesday announced that he had ordered troops deployed to unspecified locations along the country’s western border.

Citing statements made by foreign governments, Lukashenko said in a televised meeting that the units were on full alert. However, it wasn’t immediately clear if the troop movements were new or part of planned military exercises that started Monday.

On its western side, Belarus borders Poland, Lithuania and Latvia – all three NATO members who have expressed concern about the deteriorating situation next door.

Last week, Poland called for a European Union summit on Belarus and in an interview, Lithuania’s finance minister said doing nothing about the “lamentable” situation in Belarus is “not an option.” Latvia’s parliament approved a statement on Tuesday calling for new, internationally monitored elections in Belarus.

NPR’s Lucian Kim in Moscow contributed to this report.