by Newslanes 1 year ago1 year ago
133views 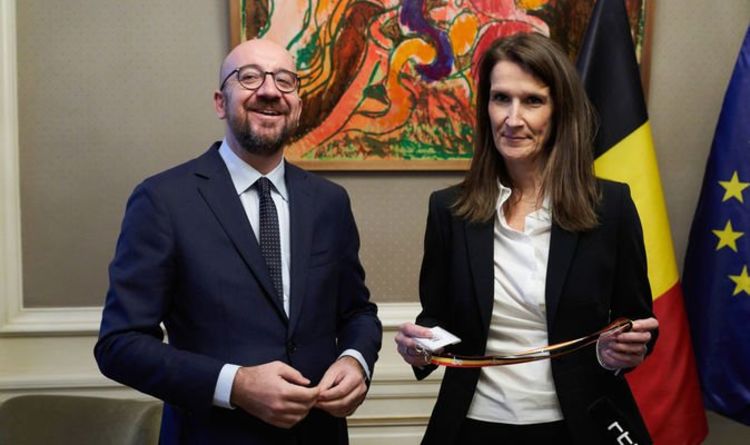 Flemish politicians have promised to keep a close eye on her to ensure she doesn’t undermine the Dutch-speaking regions of Belgium. Ms Wilmes, 44, the first female Prime Minister in Belgium’s 189-year history, is a prominent Francophone politician and replaces Charles Michel, who leaves the post to before becoming the European Council’s next president on December 1. She will lead the caretaker government while Belgium struggles to form a government more than 100 days since elections were held in May.

Ms Wilmes has called for national unity amid growing divisions in linguistic and cultural that threaten to tear the country apart.

Her new government holds just 38 out of 150 seats in the Belgian house of representatives and was further weakened after May’s election.

Belgian observers have expressed fears that the divides could eventually leave the country in ruin.

Theo Francken, the country’s former migration minister, said: “We will keep a close eye on her, especially when it comes to language legislation in the municipalities with facilities and in the outskirts.”

He added Ms Wilmes was a “rabid Francophone” hellbent on “supporting French-speaking imperialism on the outskirts of Brussels”.

His party is still holding talks with the caretaker Mouvement Reformateur with a view to forming a new coalition government.

Barbara Pas, leader of the right-wing Vlaams Belang and Belgium’s third biggest party, branded the new leader as “one of the symbols of the most aggressive Francophonic imperialism in the Vlaamse Rand around Brussels”.

Meanwhile EU Council chief Mr Tusk said: “I would like to warmly congratulate Sophie Wilmes on your appointment as prime minister of Belgium.

“I am confident that you will continue to ensure the stability of your country, and maintain Belgium’s unwavering pro-European stance.”

Ms Wilmes has described her appointment as a “great honour and a great responsibility”.

She added that her status as head of the caretaker government “not leave us with much opportunity to act” and urged the formation of an actual government as soon as possible.

Belgium famously went 541 days without a government between 2010-11, a record for a country in peacetime.

Ms Wilmes has enjoyed a rapid rise to the top of Belgian politics, which has attracted mockery from European media outlets.

MUST READ: Royal news: Palace releases new pictures of heir to the throne