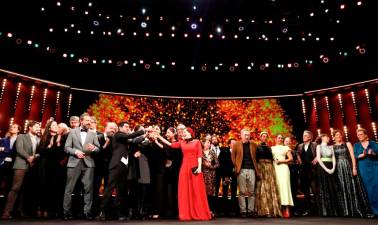 THERE will be no more separate Silver Bear awards for best actor and best actress at the Berlin film festival in future, organisers announced oon Aug 24, saying they want to eliminate forms of hierarchy between men and women.

From next year, the German capital’s Berlinale will only crown the best performances in a leading and a supporting role.

The announcement follows years in which the film world has been shaken by MeToo sexual abuse and harassment scandals that spread far beyond Hollywood.

An end to sex-separated awards represents “a signal for a more gender-sensitive awareness in the film industry,“ the two festival directors Mariette Rissenbeek and Carlo Chatrian said in a statement.

Alongside the Cannes and Venice film festivals, the Berlinale is one of the European highlights of the annual cinema industry calendar.

Cannes still singles out a best actor and actress, while Venice awards a Volpi cup to actors of each sex.

Taking place in February, this year’s Berlinale was squeezed in before coronavirus restrictions slammed down across much of Europe, while Cannes had to be called off.

Venice’s festival will go ahead next week under strict infection control measures.

Next year’s Berlinale is planned to take place “physically” from February 11-21, with measures “ensuring the greatest possibility for all guests”, the organisers said.

But changes in “the festival structure, the film programming and the total number of invited films” will be revealed in the coming weeks, they added. -Reuters

Jeremy Clarkson takes aim at Prince Harry over Africa trip: ‘Before he went a bit mad’

However, the insider also claimed a Diana documentary could cause a fall out between Prince William and his brother Prince Harry. Referring to the Princes, the insider added:...
Read more

After almost four years, Google Home is finally getting a much-needed upgrade with a refreshed look, bigger sound, and an entirely new name. The...
Read more

Shakespeare’s sonnets are considered some of the literary genius most popular works, with some - such as Sonnet 18’s “Shall I compare thee to...
Read more