Bernie’s Legacy Hangs in the Balance 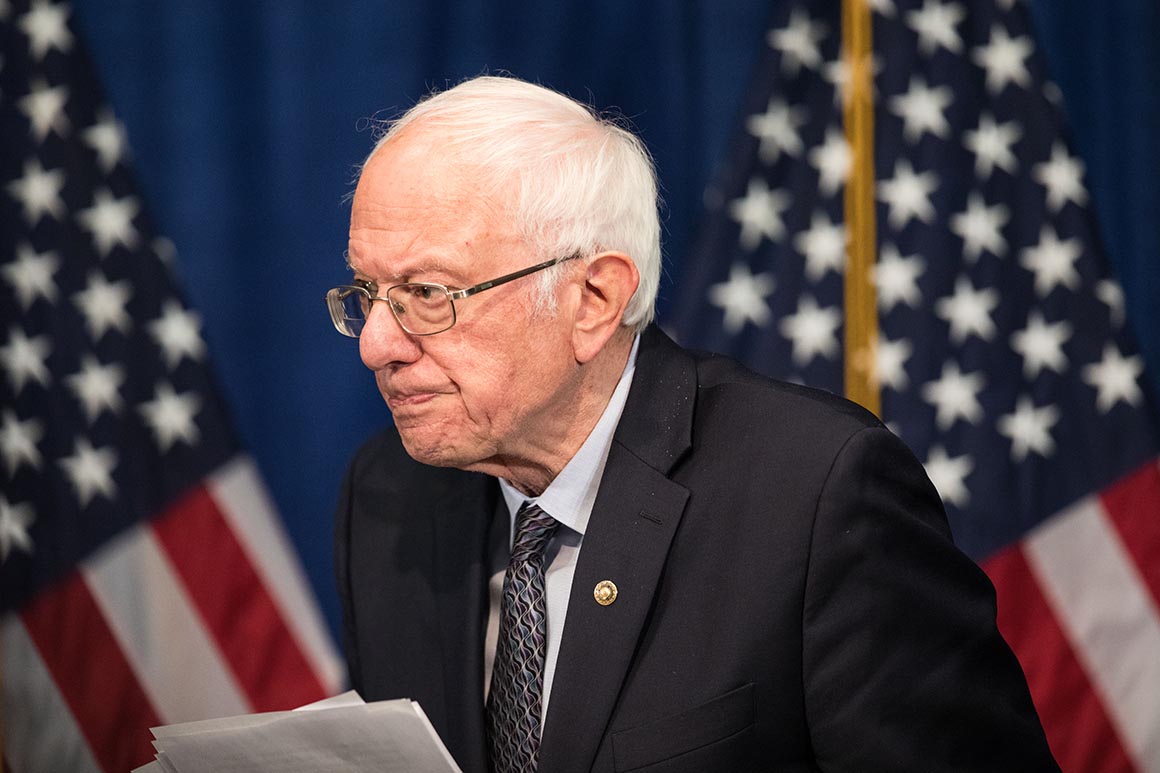 Bernie Sanders’ decision Wednesday to end his quest for the 2020 Democratic presidential nomination was inevitable. What happens now to the movement he launched is not.

There are abundant examples in American history of people who failed in their presidential aspirations but succeeded in carving out large and long legacies. Whether Sanders joins that roster depends critically on two factors—one mostly within his control, the other outside it.

The first factor is how effectively Sanders navigates the complexities of 2020 politics. In a grudging mood, Sanders could signal to his supporters that former Vice President Joe Biden isn’t that bad, compared with the alternative of Donald Trump. It would be quite a different thing to argue that a Biden presidency would be affirmatively good—a step, even if more tentative than Sanders would wish, toward advancing a transformative progressive agenda.

But robust words of support would flow from the tongue more convincingly if Sanders actually believes them. An essential part of Sanders’ appeal to supporters is that he doesn’t traffic in conventional political bull. Appraisals of his remarkable-but-losing campaign will hinge in part on finding a credible spot on the spectrum between phony and spoilsport.

Sanders’ long-term reputation, however, will hinge even more on something he can’t dictate: What happens to the young activists who he energized with his cranky manner and democratic socialist agenda?

George McGovern, another movement politician, was routed in his effort to become president in 1972 but people immersed in that campaign—from Gary Hart to Bill and Hillary Clinton—were dominant figures in American politics for the next 45 years.

“A lot will depend on what he does now,” Hart said in an interview from self-isolation in his mountainside home in Colorado.

He recommended that Sanders devote himself vigorously and with no sullenness to energizing young Democrats—who polls showed are among the least enthusiastic about Biden’s candidacy—to supporting the party’s nominee in the fall.

Hart, who in 1984 mobilized a younger generation of voters while losing the nomination, also urged Sanders to recognize that the coronavirus pandemic has changed politics in ways that render some ideological debates obsolete. Perhaps in January the difference between Biden’s cautious progressivism and Sanders’ radical version was something worth arguing about. Now, Hart said, “The plague has changed everything.” With trillions being spent in what threatens to be this generation’s Great Depression, “Joe Biden may end up being Bernie Sanders squared just by circumstance.”

Howard Dean, another politician who once captivated young people by arguing that conventional Democrats had let progressive ideas down, had advice for Sanders that overlapped with Hart’s.

“I worked my ass off” for John Kerry after losing the nomination to him in 2004, Dean said in a phone interview while self-isolating in Vermont.

Dean said Sanders, his fellow Vermonter, owes it to himself to take a month or so off to decompress from the campaign, then he owes it to his own principles to get to work for Biden. “What Bernie does will make a difference,” said Dean, a former Democratic National Committee chairman.

As Dean sees it, what exactly Sanders says is less important than that he says it convincingly and often. Laying it on thick doesn’t mean laying it on insincerely. “His strength has always been speaking plainly and in a non-hypocritical way,” Dean said.

Some of Sanders’ supporters likely will be more receptive to vote because they loathe Trump more than implausible appeals that they should learn to love Biden. “That’s fine. Who cares?” Dean argued, adding that even Biden himself does not mind. “I think he sees himself as being a transitional president to the next generation.”

Trump was trying to fan Democratic discord Wednesday, saying on Twitter: “This ended just like the Democrats and DNC wanted, same as the Crooked Hillary fiasco. The Bernie people should come to the Republican Party, TRADE!”

In 2016, one survey found, 12 percent of Sanders supporters did indeed back Trump, and a somewhat larger group did not vote.

Once again, a generation of Sanders’ supporters faces a modern incarnation of a classic choice: How to balance the yearning for ideological purity with the practical reality that amassing power often means making common cause with politicians who don’t inspire love.

Some of Sanders’ supporters are “old ’60s lefties” or their ideological descendants who won’t make the jump to Biden, Dean said, because “secretly they’d rather not have power because then they’d have to make compromises.” But he believes most of Sanders’ 2020 support came from “idealistic young people who want to make society more fair.”

If they stay in the political arena, these people ultimately will shape Sanders’ legacy. Many leaders of Ronald Reagan’s campaigns and presidency, including Reagan himself, were shaped by Barry Goldwater’s 1964 campaign, buried in a landslide to Lyndon B. Johnson.

Hart said he didn’t know whether Sanders will have a long-term impact. He argued that most losing candidates—and even some successful ones—do not end up producing a long echo in national politics because the campaigns are fundamentally about helping a specific individual “occupy the White House and [handing out] jobs for everyone along the way.” Candidates who matter long term even without winning are those who run “based on ideas and transformation not only of a party but of a country.”

Sanders certainly qualifies on that score. But the transformation he seeks, if it happens, will be a longer path than he hoped for and will be completed by someone other than him.