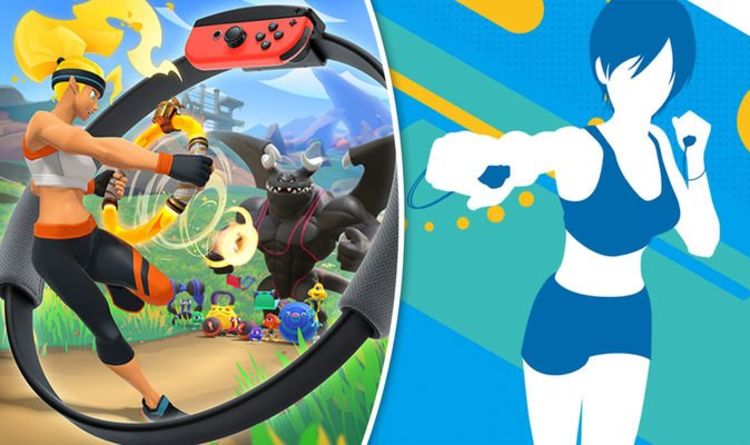 If you want to stay active during the COVID-19 lockdown, but find home workouts a bit on the dull side, then fitness gamification might be just the thing for you.

While fitness video games arguably aren’t as popular as they were during the Wii, PS3 and Xbox 360 era, there are still plenty of keep-fit games to choose from, particularly on Nintendo Switch and PlayStation VR.

Whether you want to dance, box or destroy a bodybuilding dragon, these are some of the best fitness games to get you through the lockdown.

The best fitness title on the market right now, Ring Fit Adventure is a fitness-themed, turn-based role-playing game for the Nintendo Switch.

Players can explore 20 different worlds and battle various monsters – including a bodybuilding dragon – using exercises that are performed using the Ring-Con resistance band and Leg Strap.

It may sound light, comical and cartoonish, but Ring Fit Adventure will give you a major workout.

Ring Fit Adventure stock is hard to come by, but you can sign up for stock notifications at Currys, or pay extra through eBay and Amazon.

One of my absolute favourite virtual reality games, Creed: Rise to Glory is a boxing game set in the Rocky universe. As Apollo Creed’s son Adonis Creed, you’ll need to fight your way through the ranks in order to cement your legacy and step out of your father’s shadow.

The game features an entertaining Career mode, a Training mode with cameo from Rocky Balboa, online multiplayer, plus a Freeplay mode that lets you jump straight into the action.

And speaking of action, the punches might not land for real, but Creed: Rise to Glory will well and truly kick your arse!

You can download Creed Rise to Glory from the PlayStation Store, or through your HTC/Oculus digital platforms.

Without Kinect cameras and PSVR headsets, fitness games are slim pickings on PS4 and Xbox One. Thankfully, however, the ever-reliable Ubisoft will always fill the void with the annual release of Just Dance.

Xbox One and PS4 owners can dance along to the soundtrack using the companion app, which monitors how closely you perform the dance moves.

If you want to use Just Dance 2020 as part of your home workout routine, then remember to enable Sweat Mode, which monitors how many calories you burn. Likewise, if you want to lose some weight, then you’ll also want to pick the higher intensity songs.

You can pick up a copy of Just Dance 2020 from Amazon.

Due to the nature of the console and its Joy-Cons, Nintendo Switch owners are spoiled for choice when it comes to fitness games. If you’re struggling to nab a copy of Ring Fit Adventure, then you might want to try Fitness Boxing instead.

Fitness Boxing is essentially a boxing-based rhythm game, as players perform jabs, hooks, crosses and uppercuts to popular songs. It’s a surprisingly hardcore workout that will not only improve your fighting form, but also increase your stamina and overall fitness levels.

Free Training mode lets you target specific muscle groups and up the intensity, while advanced tracking lets you monitor your progress and see how you’ve improved.

You can grab a copy of Fitness Boxing from Argos, or simply download it from the Nintendo eShop.

Beat Saber isn’t a traditional fitness game by any stretch of the imagination, but it will give you a good workout. This rhythm action game challenges players to slice different coloured beats using a couple of lightsabers.

It’s incredibly simple to pick up and play, but will give your arms and legs one hell of a workout, especially when you play on the harder difficulty settings.

You can pick up Beat Saber from the PlayStation Store, or through your HTC/Oculus digital platforms.