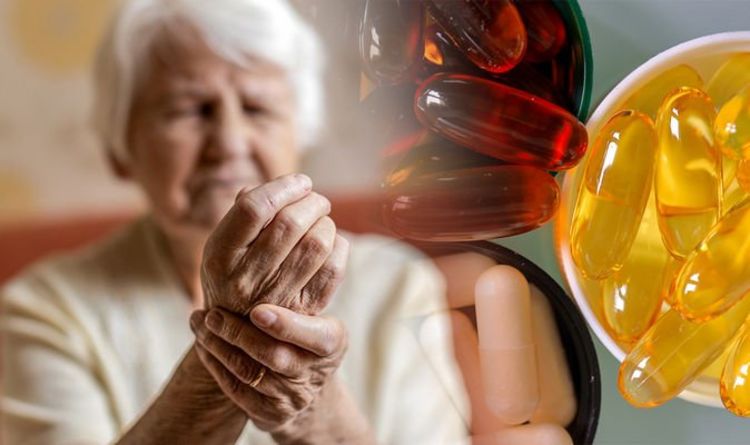 Arthritis causes painful and inflamed joints. It may just be one area that throbs, or it could be plenty of body parts that radiate warmth and pain. One tropical plant-based supplement has proven to ease the agony.

According to the charity Arthritis Foundation, one herbal supplement derived from a tropical vine can reduce uncomfortable symptoms of arthritis.

The vine can grow up to 30 meters tall, with hooked thorns resembling the claws of a cat.

Researchers from the Faculty of Medicine in Peru evaluated the effectiveness of cat’s claw to treat osteoarthritis of the knee.

They had 45 volunteers who suffered from osteoarthritis of the knee, and 30 of them were treated with 100mg of cat’s claw extract.

The other 15 arthritis patients received a placebo. The four-week trial found that cat’s claw reduced knee pain during physical activity.

However, there was no subjective change in intensity of pain felt in the knee at rest, nor was there any visible reduction in knee swelling.

Regardless, there were no reported side effects, and the researchers concluded: “Cat’s claw is an effective treatment for osteoarthritis.”

They too cited that cat’s claw possesses anti-inflammatory properties by inhibiting “TNFalpha and to a lesser extent PGE2 production”.

The Department of Internal Medicine at Innsbruck University Hospital, Austria, also looked into the benefits of cat’s claw supplementation.

They recruited 40 patients who had active rheumatoid arthritis to partake in a randomised 52-week, two-phase study.

In the first 24 weeks of the study, in a double-blind, placebo-controlled trial, half of the patients were given cat’s claw extract whereas the others were given a placebo.

For the second half of the study, all patients were given the cat’s claw supplement.

The data revealed that in the 24 weeks of treatment with cat’s claw, there was a reduction in the number of painful joints compared to the placebo.

In addition, patients who received the cat’s claw supplementation in the second half of the study experienced a reduction in the number of painful and swollen joints.

Although these results are promising, more large-scale studies are needed to support the notion that cat’s claw can be used as pain relief for arthritis.

As with any supplement, it’s best practice to discuss with your doctor if this would be safe for you.

This is because your doctor can look into your medical background and discuss what’s right for you.

Many people may have diabetes without even knowing it, because the signs and symptoms don’t necessarily make you feel unwell. Common diabetes symptoms include having...
Read more
Health

High cholesterol is the name given to having too much of a fatty substance in your blood. This substance, known as cholesterol, can lead to...
Read more
Health