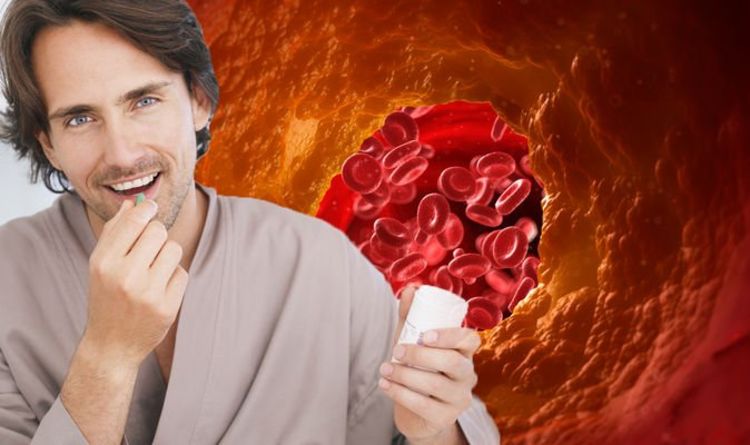 Cholesterol is a fatty substance found in your blood that is primarily caused by unhealthy lifestyle habits, such as eating fatty foods and not exercising enough, both of which lead to obesity. While there are no initial symptoms, high cholesterol can eventually block your blood vessels that transport blood to your heart. This process is known as heart disease, a major killer both in the UK and worldwide.

It is therefore imperative to eliminate harmful levels of cholesterol from your blood to stave off the risk of serious cardiovascular complications.

It is important to note that cholesterol comes in different forms and not all spell bad news.

The type to watch out for is LDL cholesterol, which clogs up your artery walls.

HDL cholesterol, the other main type of fat found in your blood, actually counters this harmful process, unclogging your arteries, so upping the later and reducing the former will offer protection against heart disease.

In addition, one double-blind study (one group is given the supplement while the other is given a placebo but individuals in both groups don’t know which one they are getting), reported a reduction in participants’ systolic blood pressure.

Why is this significant? Systolic blood pressure is a measure of the highest blood pressure when the heart is squeezing and pushing the blood round the body and gives the best idea of your risk of having a stroke or heart attack, according to Blood pressure UK.

How does it lower cholesterol?

As Holland and Barrett reports, researchers suggest that glucomannan has this effect by altering both the way cholesterol is produced in the liver and how fats in the body are stored or used for energy.

What is the optimal dosage?

A dose of around 2g to 4g per day has been used safely in studies, but always read the packaging or food label first.

According to the NHS, to reduce your cholesterol, try to cut down on fatty food, especially food that contains a type of fat called saturated fat.

Foods high in saturated fat include:

You can still have foods that contain a healthier type of fat called unsaturated fat, however.

Good examples include oily fish, like mackerel and salmon, and nuts and seeds, says the NHS.