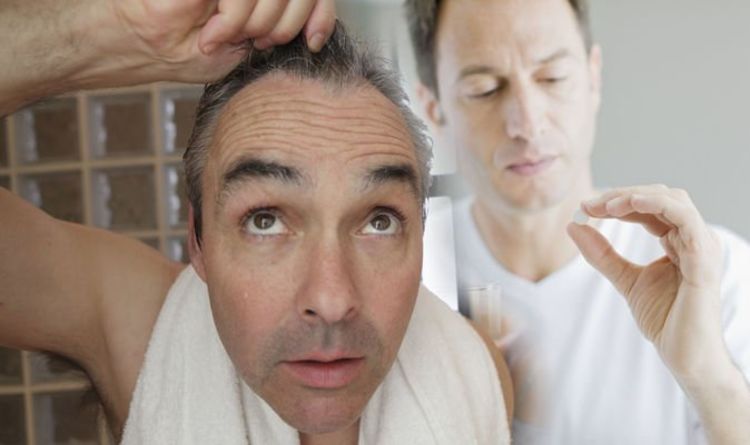 “It usually starts with a little thinning of the hair at the temples. The hairline will then recede, and a sparse patch will appear on the top of the head.

“The hairline may then meet the patch, revealing the whole scalp. Male hair loss is usually genetic, although it can also be caused by extreme stress, illness, side effects to medical treatment, a major life event, skin disorders or hormone imbalance.

“The hormone testosterone is converted into DHT, which causes hair follicles to shrink.

“Hair production subsequently slows down or even stops altogether.”

What supplement could one take to help with reversing this problem?