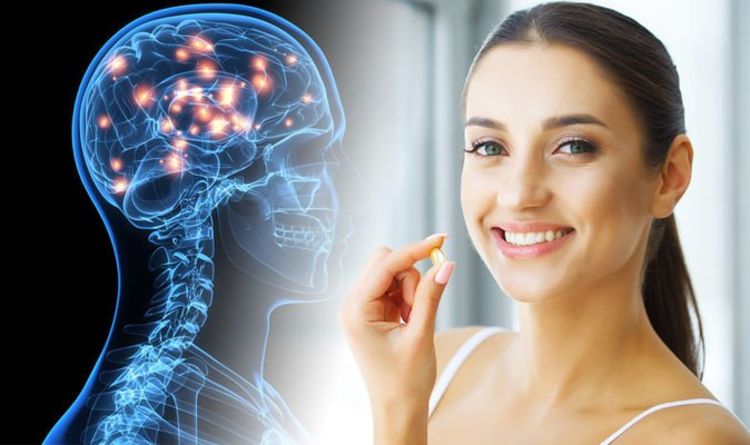 There are a few supplements which may provide modest benefit with memory and cognition in certain people, according to Sarah Flower, nutritionist for TIANA Fairtrade Organica. Researchers have found that turmerone and curcumin in turmeric, the spice that gives curry its golden colour, could help to improve memory in older adults.

Sarah Flower outlines natural effective supplements to boost your memory power and cognitive abilities while taking the right intake of nutrients for your health condition.

Sarah explained: “These fatty acids have been linked with many health benefits, including improved brain health. Omega-3 DHA plays a vital role in maintaining the structure and function of your brain. The other Omega-3 fatty acid in fish oil, EPA, has anti-inflammatory effects that may protect the brain. Taking Omega-3 DHA has been linked with improved thinking skills, memory and reaction times in people who have low DHA intakes.

“Taking fish oil, which contains both these fats, has been shown to help reduce the decline in brain function associated with ageing. You get the recommended amount of omega-3 fatty acids by eating two portions of oily fish per week.

READ MORE: How to get rid of visceral fat: Three supplements to help reduce the harmful belly fat

“If you do not eat the recommended amount of oily fish, you need to consider taking fish oil supplements which are sold as tablets or capsules. However, the tablets contain bulking agents such as Microcrystalline Cellulose, Dibasic Calcium Phosphate, Magnesium Oxide, various Anti-Caking Agents, Tablet Coating, Titanium Dioxide, Soya and much more; capsules contain Gelatine, Glycerine etc. Before buying fish oil supplements you need to check if you have an allergen within their content.”

To make sure you are getting adequate powerful memory ingredients, Sarah recommended trying TIANA Advanced Formula Memory Oil which supports both memory and brain performance thanks to its unique Memory Activation Complex. https://www.tiana-coconut.com/tiana-memory-oil

Sarah said: “For Vegans and Vegetarians this scientifically developed formula is made with the highest concentration of Omega-3 DHA from purifying Algae Chlorella. It contains turmeric that is high in bioactive Turmerone and Curcumin (great for fighting inflammation, focus and concentration), Coenzyme Q10 and Alfa-Lipoic Acid (both are powerful antioxidants for energy as well as preventing and reducing oxidative stress), Vitamin D3 for brain health and MCT oil that is an additional source of energy for brain cells.

“Scientific studies shown that the cause of Memory Loss is neurotransmitter called Choline. TIANA Advanced Formula Memory Oil containing Omega-3 DHA from Algae Chlorella which contains Choline that is important to maintain and strength the neural connections responsible for a sharp memory.”

Resveratrol is an antioxidant that occurs naturally in the skin of purple and red fruits like grapes, raspberries and blueberries. It’s also found in red wine, chocolate and peanuts.

Sarah cited: “In animals, resveratrol supplements have been shown to improve memory and brain function. However, there currently aren’t enough human studies to be sure of resveratrol’s effects and it’s not yet clear if the treatment has the same effect on people.”

Caffeine is a natural stimulant most commonly found in tea, coffee and dark chocolate. Although it’s possible to take it as a supplement, there isn’t really any need when you can get it from these sources, said Sarah.

She added: “It works by stimulating the brain and central nervous system, making you feel less tired and more alert. In fact, studies have shown that caffeine can make you feel more energised and improve your memory, reaction times and general brain.

“The amount of caffeine in one cup of coffee varies, but generally it’s 50–400 mg. For most people, single doses of around 200–400 mg per day are generally considered safe and are enough to benefit health. However, taking too much caffeine can be counterproductive and has been linked with side effects such as anxiety, nausea and trouble sleeping.”

Ginkgo biloba is an herbal supplement derived from the Ginkgo biloba tree. It’s thought to work by increasing blood flow to the brain and is claimed to improve brain functions like focus and memory.

Sarah said: “Despite the widespread use of ginkgo biloba, results from studies investigating its effects have been mixed. Some studies have found that taking ginkgo biloba supplements can help reduce age-related decline in brain function.

“One study in healthy middle-aged people found that taking ginkgo biloba supplements helped improve memory and thinking skills. However, not all studies have found these benefits.”

The lack of vitamin D is impacting our health in many ways.  Vitamin D has also been shown to help protect us against cognitive decline.

Sarah explained: “Sun is essential for Vitamin D. To gain adequate exposure from the sun’s UVB rays, you need to be in the sun for at least 15 minutes per day to gain approximately 1000iu. A 2014 study showed those who had lower levels of vitamin D were more likely to develop dementia and Alzheimer’s.”

Acetyl-l-carnitine is an amino acid produced naturally in your body. It plays an important role in your metabolism, particularly in energy production.

Zinc is a vital nutrient for brain health and is found to be lower in many with cognitive decline, mental health problems, autism, depression and even anorexia.

Sarah said: “Studies have shown those given zinc supplementations performed better in memory tasks and had longer concentration. An easy way to up your zinc intake is by consuming foods such as pumpkin seeds, spinach, wheat germ, and fish.”

Rhodiola rosea is a supplement derived from the herb Rhodiola rosea, which is often used in Chinese medicine to promote well-being and healthy brain function.

Sarah said: “It’s thought to help improve mental processing by reducing fatigue. However, results have been mixed. A recent review by the European Food Safety Authority (EFSA) concluded that more research is required before scientists can know if Rhodiola rosea can reduce tiredness and boost brain function.”

Phosphatidylserine is a type of fat compound called a phospholipid, which can be found in your brain.

Sarah said: “It’s been suggested that taking phosphatidylserine supplements could be helpful for preserving brain health. However, larger studies need to be carried out before its effects on brain function can be fully understood.”

As well as boosting the immune system, vitamin C plays a crucial role in brain function and development.

Sarah added: “It has also been shown to help improve mood due to its involvement in the production of norepinephrine and serotonin.”