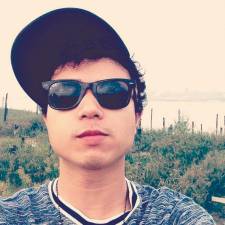 MANY of us know him from his comedic roles in series such as Waktu Rehat and Oh My English!. But Juzzthin has slowly been honing his dramatic chops in a variety of roles, including the Malaysian adaptation of the hit Korean series Black.

Born Mohamad Nazreen Norzali, Juzzthin – who was a little under the weather during our interview – told us that he actually started out as a rapper when he was 16 years old. At 18, he enrolled in Akademi Seni Budaya Dan Warisan Kebangsaan (ASWARA).

“I would watch films, I would do my assignments on film, my lecturer and I would discuss films.

“Around my second or third semester, my classmates would tell me I had a talent for telling jokes. At that time Raja Lawak was just starting out. So my friends asked me to take part.”

Many production companies hold their casting sessions at Aswara, and it just so happened that the casting for Raja Lawak also took place on the premises.

“I made the mistake of entering the wrong room,” said Juzzthin.

“I had never been to a casting before. [They] told me to be myself, tell them where I was from, and do a small skit. They said they would see me again.

“I thought I was getting cast as an extra.”

Juzzthin did not think much of the experience. “I did not have any plans to become an actor. That was an accidental move.”

The end result was Juzzthin being cast in Disney Channel Asia’s Waktu Rehat.

“It was quite a big thing. It was my first acting job.

“Acting is hard, it is still hard. I am still learning the ropes.”

After Waktu Rehat, Juzzthin was cast in Oh My English! and a few dramas. When asked if he was picky about the roles he takes, Juzzthin said: ”Sometimes I am picky. Sometimes you have to pay your bills. You have to treat acting as a real job.”

He does admit to sometimes asking to read the complete script before deciding if he wants to sign up for a role.

“In terms of Oh My English! and Waktu Rehat, I really loved my roles. My friends who have known me for years said that I was not acting in those series, that it was all me. That got me thinking.”

He was determined to pick up the nuances of acting and improve himself with each role.

“I am not Daniel Day-Lewis … I will have to act more to learn more.”

He is determined not to be typecast due to the fun-loving characters he played early in his career.

“I would like to do what Robert Pattinson did after Twilight. He is now doing films like Tenet and The Batman.

“It doesn’t matter how you start. It is the middle that is hard to get out of. I am always thankful that people know me from Waktu Rehat and Oh My English!. But the transition was not easy.”

Juzzthin said his most challenging role was in Black, a mystery series that was recently aired on Viu.

“My role was that of a hip-hop guy who died. It was not me being a jokester or class clown. I had to really pay attention to detail. I loved that.”

Juzzthin said he has only recently started thinking about the financial side of his career, especially in wake of the pandemic.

However, he believes one should have the freedom to do what they love as well.

As a rapper, Juzzthin is happy that major hip-hop labels have set up office in Asia.

“At the same time hip-hop music is becoming normal-ish. It is now just like any other song [genre].

“I think you can go to any mall and see some rapper chilling out. It is so normal now.

“To stand out now, you have to be punk or a skinhead.”

The last track he put out was in January this year.

“I have been writing tracks, but I don’t want to execute [anything] yet. Now, I think is the time for everybody to zoom out like a camera and take a look around.

“For now I am going to start shooting for season two of Black. I am not a multi-tasker.

“For me I really have to focus on what I am [currently] doing.”

Facebook
Twitter
Pinterest
WhatsApp
Linkedin
ReddIt
Email
Tumblr
VK
Previous articleHometown Girl Amy Jordan Film Documentary To Be Feature At The Lake Worth Playhouse
Next articleHow Much Power Does It Take to Do the Red Bull 400 Hill Run?