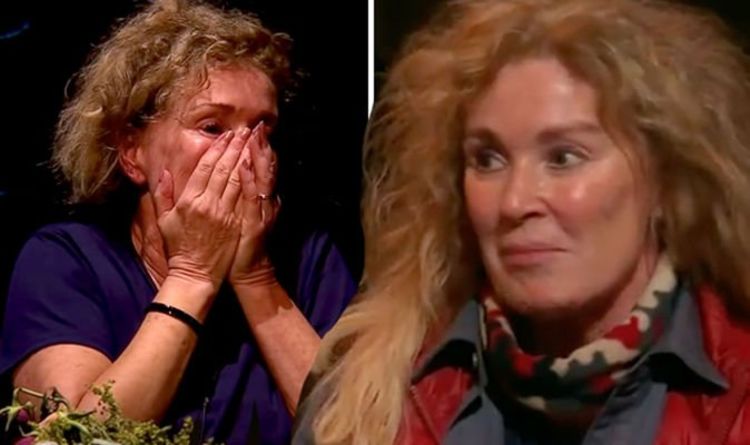 Beverley, 63, has been eating vegan products during her stint on I’m A Celebrity…Get Me Out Of Here! and it was during the eating trial she faced alongside Jordan North, 30, and Vernon Kay, 46, viewers discovered she was living on a different diet to her fellow campmates. However, some have questioned whether the former Coronation Street star was in fact a vegan as they watched her eating a scotch egg in the castle. After being voted off the ITV reality show alongside journalist Victoria Derbyshire, 52, she finally addressed the backlash.

After Victoria had given her exit interview, hosts Ant McPartlin, 46, and Dec Donnelly, 46, told the soap actress about the questions fans had been posing about her.

They even told her what her on-screen son Simon Gregson, 46, who plays Steve McDonald on the ITV drama, had been saying about the 63-year-old’s dietary needs.

In an interview on ITV’s Loose Women, the actor said: “Rebecca, her daughter, is vegan and I’m sure Bev has done it for all the right reasons, health and to save the planet.

“If you believe that, I’m a mango,” he joked, making light of the fact he didn’t believe his co-star’s new diet.

However, hitting back at the claims she hadn’t turned to plant-based food products, the former contestant referred to a hip operation she had earlier this year which prompted her to make the lifestyle change.

The panel on spin-off web series The Daily Drop discussed the actress’s exit from the castle, with Louise Redknapp, 46, offering her take on proceedings.

“I felt she was, not expecting it so much, but was okay with it,” the singer explained.

“Some people, their name gets called out and you can see there’s real disappointment on someone’s face, they feel they’re going too early.”