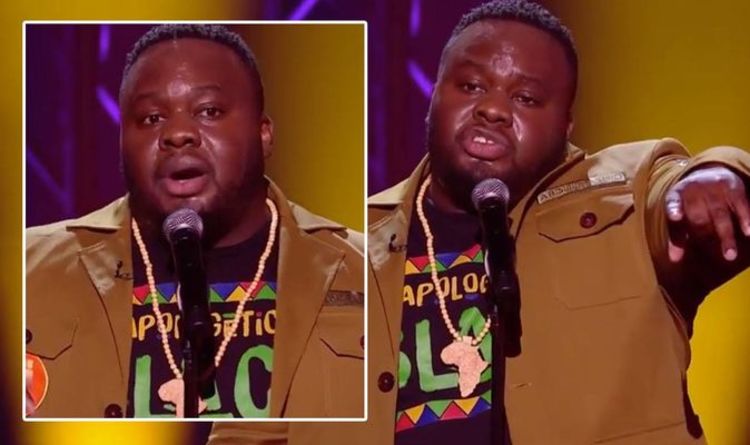 Nabil’s jokes took aim at a number of different issues, including race, veganism and Islamaphobia.

After five minutes of jokes, Nabil took a more serious stand as he adressed the topic of race directly.

He said: “Before I go I want to say, I hope I win tonight because it will make history, but I’m already sad beause I know if I do, people will deconstruct it because I am black.

“The same way they said Alesha only gave me a golden buzzer because I’m black, even though I’m the first black person she’s given a buzzer too in three years.”