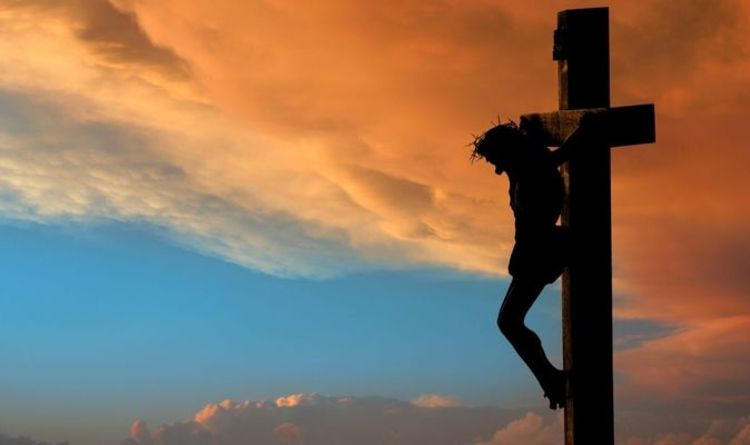 Nails which were found in a burial cave in Jerusalem and date back to the first century have fragments of bone and wood embedded in them – something which would be consistent with a crucifixion. The burial cave is believed to be the resting place of Caiaphas – the Jewish priest who, according to the Bible, sent Jesus Christ to his death. The nails were first discovered in the 1990s during an excavation but went missing shortly after.

However, a 2011 documentary from filmmaker Simcha Jacobovici claimed the nails had been rediscovered, and Mr Jacobovici went as far as to say the nails were used on Christ during his crucifixion – supposedly around the year 33AD.

Dr Shimron said: “The materials invading caves differ subtly from cave to cave depending on topography, soil composition in the area, the microclimate and neighbouring vegetation.

“The physical and chemical properties of the materials which, over centuries, have invaded the tomb and its ossuaries were investigated.

“Our analysis clearly and unequivocally demonstrates that these materials are chemically and physically identical to those which have, over centuries, also become attached to the nails.”

According to the research, the ossuary of Caiaphas’ cave was the only match from 25 tombs which were tested.

Dr Shimron continued: “We have also discovered fine slivers of wood accreted within the iron oxide rust of the nails.

“Does our evidence suffice? I really cannot say, I choose to rely on good science rather than speculation.

“Perhaps a reader of the full manuscript should rely on his or her own judgement.”

A statement from the Israel Antiquities Authority said: “It seems reasonable that the nails mentioned in the research indeed came from a cave in Jerusalem dating to the same period.

“However, a direct connection to this specific cave was not proven.

ByChristian Swann & Scott Goddard, The Conversation We often hear about people being "in the zone" when they have excelled, be it at sport, playing...
Read more
Science