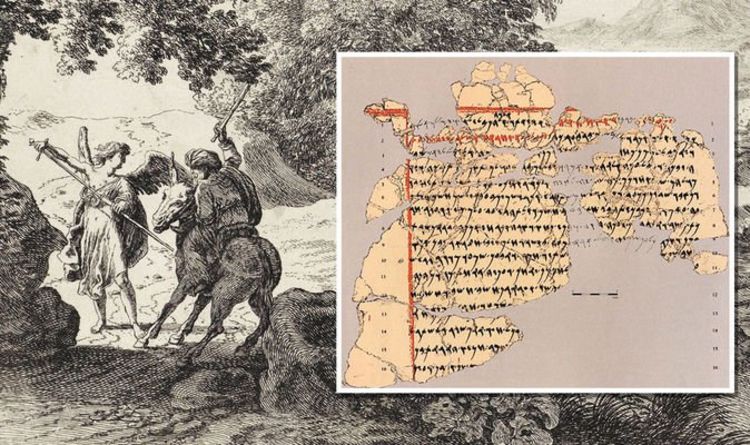 The longer text, or at least the surviving fragments of it, describe Balaam’s vision of divine destruction by the gods.

Professor Meyer believes the pagan temple may have been a school of prophets that began in the tradition of Balaam’s prophecies.

In a similar way, he said, other Old Testament prophets such as Elijah and Samuel developed a following.

This theory is shared by Eliezer Segal at the University of Calgary in Canada, who wrote: “The text in question, which was probably composed around 700 BCE, was written in Aramaic (or Ammonite) on plaster slabs that might have formed part of a sanctuary or cultic monument.

“From it we learn of the existence, some six hundred years after Balaam’s lifetime, of a religious movement that continued to revere Balaam as its great prophet and spiritual mentor.

The temple remained in use until about the eighth century when it was brought down by an earthquake.

ByThe frozen desert serves as a scientific haven for more than 1,000 researchers around the year, who monitor climate change and study Earth’s history. Its barren...
Read more
Science

ByBocelli added: “Our Christian Easter, with its message of love and redemption, seemed to me like the perfect time to take a moment to...
Read more