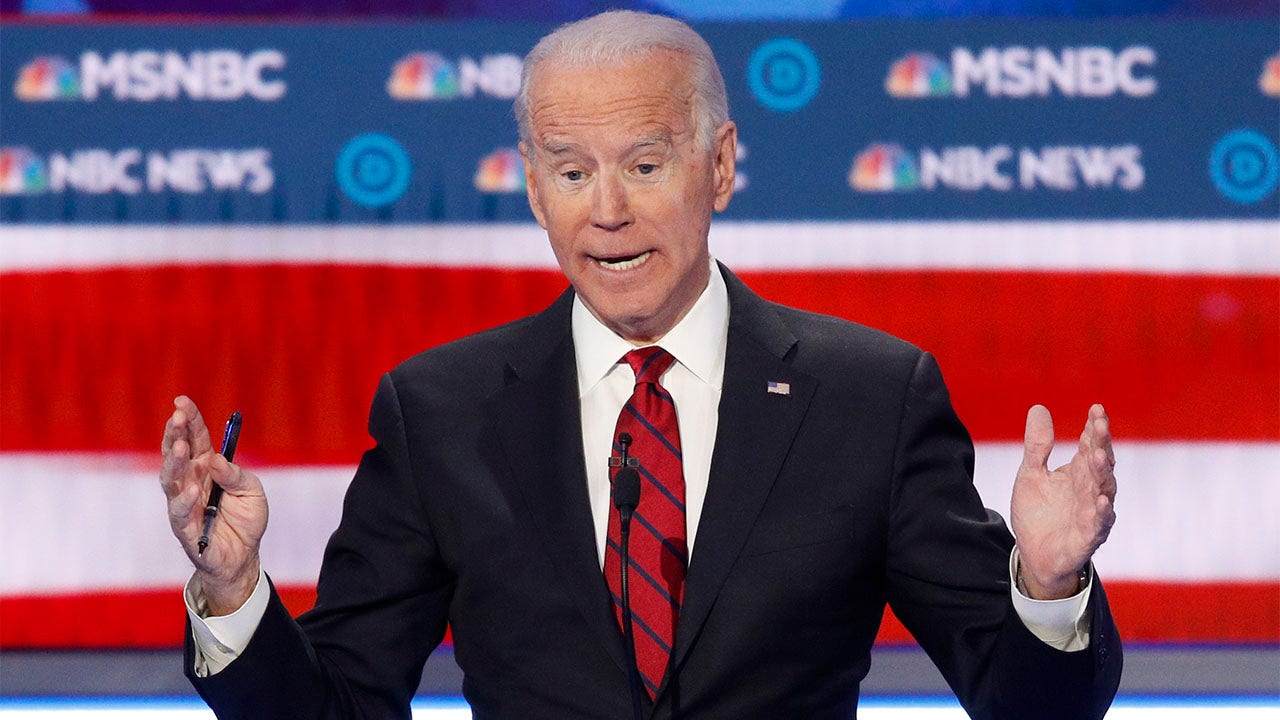 Biden was one of several 2020 hopefuls to attend the South Carolina Democrat Party’s First in the South Dinner, where he reportedly received the longest ovation of any of his competitors.

However, wrapping up his remarks, he misspoke about which office he was seeking.

SANDERS DOUBLES DOWN ON HIS FIDEL CASTRO PRAISE AMID CRITICISM: ‘TEACHING PEOPLE TO READ AND WRITE IS A GOOD THING

“You’re the ones who sent Barack Obama the presidency. And I have a simple proposition here: I’m here to ask you for your help,” Biden pleaded to Democratic voters. “Where I come from, you don’t go very far unless you ask. My name’s Joe Biden. I’m a Democratic candidate for the United State’s Senate. Look me over. If you like what you see, help out. If not, vote for the other Biden. Give me a look though, okay?”

Biden, a former senator, has called South Carolina is “firewall,” hoping to clinch his first primary victory after having disappointing turnouts in Iowa and New Hampshire as well as coming in at a distant second in Nevada last weekend.

However, Biden also raised eyebrows this week when he shared an unverified claim on the campaign trail that he was arrested in South Africa trying to free Nelson Mandela from prison, something he had never previously shared before. Also last week, Biden told CNN his late son, Beau Biden, had served as U.S. attorney general. Beau Biden was attorney general for the state of Delaware from 2007-2015.