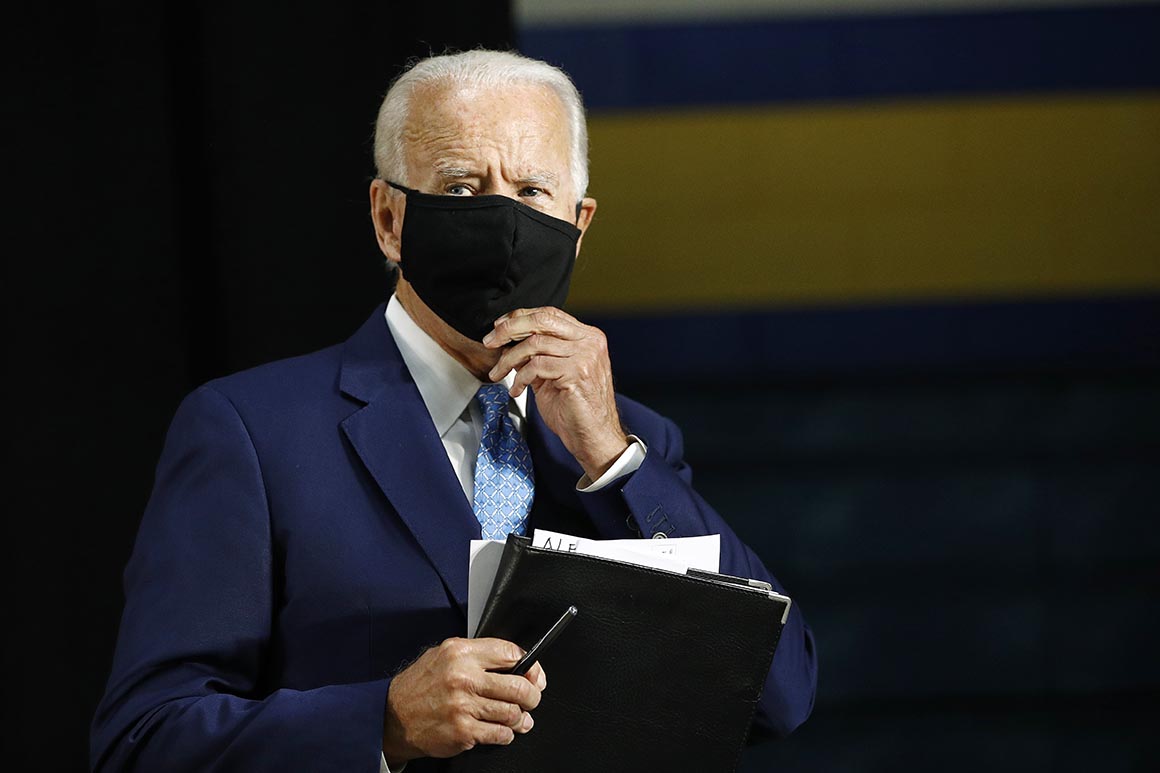 Mandy Grunwald, who served as Clinton’s media strategist and whose clients have included Sens. Elizabeth Warren and Amy Klobuchar, declined to comment on whether she has had discussions with the Biden campaign.

Questions surrounding the political experiences of female candidates are critical to Biden, who announced March 15 that his running mate will be a woman. The extra layer of research and prevetting is in part a reflection of hard lessons learned from Clinton’s campaign, but is also a tacit acknowledgment of decades of research that shows women face complicated challenges tied to sexism and issues of electability, likability, experience and authenticity in their bids for office.

The Biden campaign’s research did not zero in on any single potential pick; instead, the committee is assembling the research because the campaign wants to understand “best management practices,” one Biden adviser told POLITICO.

“It’s not who the candidate is. It’s about the challenges a woman on the ticket might face, and we’re talking to people who are experts running successful campaigns with women candidates in preparation for a new phase of the campaign,” the adviser said.

The selection committee, advisers say, hasn’t finished assembling a final shortlist of candidates for consideration by Biden, who has made it clear he’ll take his time and make his selection by Aug. 1 based on his personal relationship with the candidate and how “simpatico” they are.

“We’ve never had a female vice president in this country. So there’s an imagination barrier for voters to see what that looks like,” according to Amanda Hunter, research and communications director for the Barbara Lee Family Foundation.

Only two women have been running mates on a presidential ticket for a major political party: Democrat Geraldine Ferraro in 1984 and Republican Sarah Palin in 2008.

“It’s one thing for voters to support a woman to be part of a legislative body, like a legislature,” Hunter said. “But if they’re going to be the decision-maker and essentially CEO, voters need to be that much more convinced that she’s up to the job.”

The foundation’s research also shows that women are generally viewed as having more empathy and being multi-taskers who are perceived as having a “virtue advantage” over men because they’re more trustworthy, Hunter said.

While the Biden campaign has availed itself of the nonpartisan foundation’s work, the vice presidential selection committee’s conversations have been held with the Barbara Lee Political Office, a separate organization.

The foundation’s research after the 2018 election used polling and focus groups to show that women of all races scored as well as straight white men in election matchups.

Nationwide protests and unrest since the killing of George Floyd by a white Minneapolis police officer in May have sharpened the focus on the prospect of an African American woman as Biden’s running mate. Four Black women are considered to be at the top of the former vice president’s list: California Sen. Kamala Harris, Florida Rep. Val Demings, Atlanta Mayor Keisha Lance Bottoms and former national security adviser Susan Rice.

Bottoms and Demings, both of whom are leading Biden campaign surrogates, were originally not viewed as top-tier contenders in part because they lack statewide or Washington experience. But Bottoms’ emergence as a steady and authoritative voice during the protests and Demings’ experience as a police chief in Orlando — as well as her performance as a House impeachment manager — have elevated their prospects.

“Elected experience is not the only experience out there,” said Christina Reynolds, EMILY’s List’s vice president of communications and a former Hillary for America spokeswoman.

Reynolds pointed out that in 2018, a record number of women were elected to Congress, and many won by emphasizing their personal life experience instead of just political experience. Also, she said, Clinton’s experience in the 2016 race against Donald Trump — who has provoked strong levels of antipathy among women, according to polls — also increased the level of awareness of women more willing to call out sexism.

“What used to really prevent women from running for high office was money, and what EMILY’s List brought was a powerhouse for women candidates,” Shalala said.