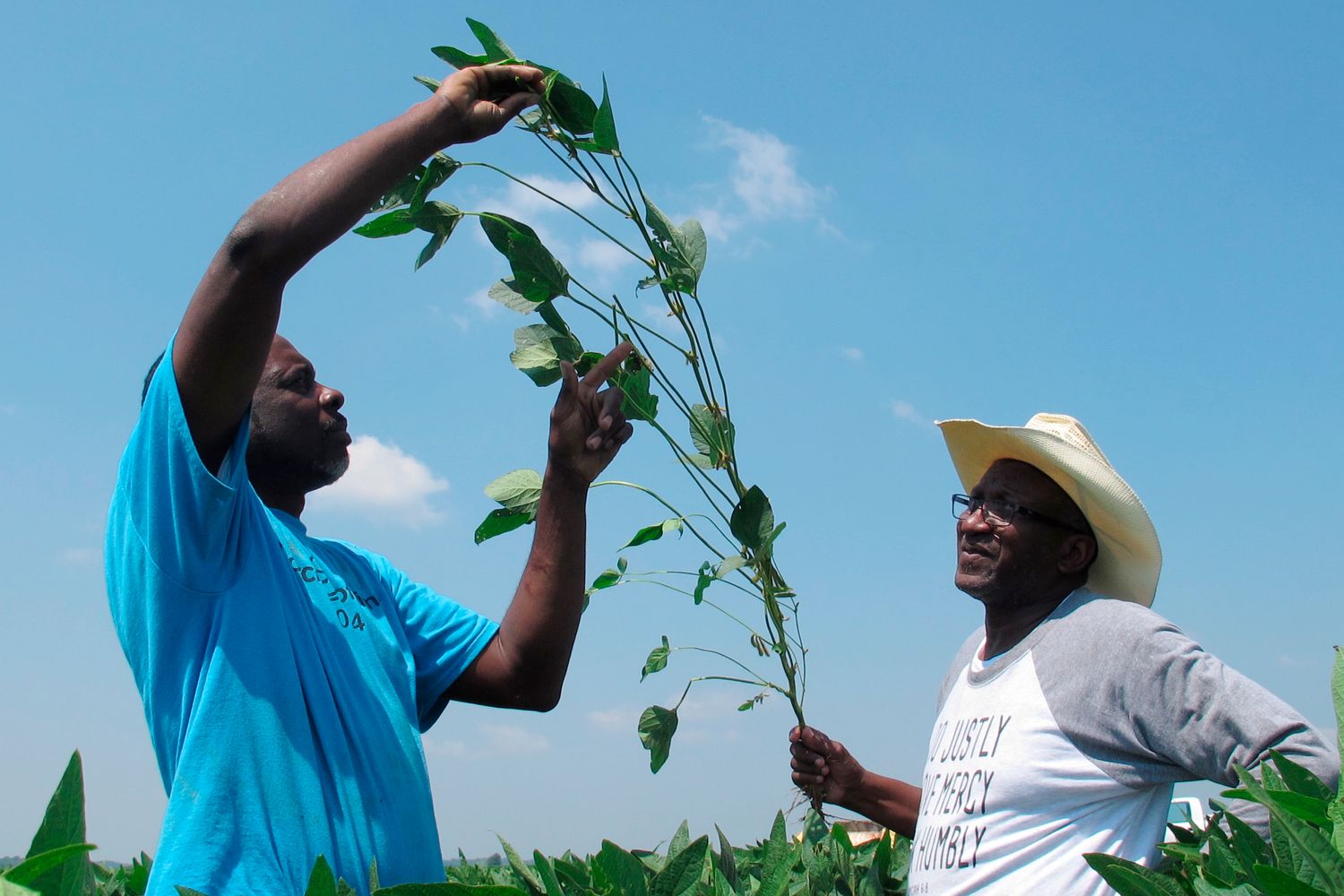 Trey Baker, director of African-American engagement for the campaign, said it’s one way the campaign reaches out to all of the Black community.

“So many friends and leadership of the campaign are from areas that have really large agricultural sectors. We have people with stakes in this campaign who also recognize how important it is that we address Black farmers,” Baker said.

Former Agriculture Secretary Mike Espy hosted one of the roundtables to discuss the need for racial equity within USDA, agriculture and rural community policy-making. Espy told participants that he was confident Biden would address access to credit, keeping land in the family and having Black representation on FSA councils and within the department.

Kimberly Ratcliff, president of 100 Ranchers, said at the roundtable that her main concern is being able to pass Black farms down through the generations. She said she’s convinced that Biden shares her goal.

“I think he has been pretty open about how he feels about agriculture and about the importance of having generational wealth. The way I view it, all these are steps to create generational wealth for producers,” Ratcliff told POLITICO.

While many are excited about Biden’s focus on Black farmers, some farmers of color argue he does not go far enough. Lawrence Lucas, president of the USDA Coalition of Minority Employees, said in a letter to the campaign, dated Sunday, that his group was disappointed in a lack of “a solution-driven civil rights policy.”

The group, which had worked closely with the Elizabeth Warren and Bernie Sanders campaigns, had hoped that Biden would adopt most, if not the all, of the former candidates’ proposals.

“We turned to the Biden campaign because we were very optimistic they would come up with a plan similar to the Warren and Sanders campaigns,” Lucas told POLITICO. “We are disappointed because they are a marathon away from those recommendations.”

“Improve the plan and make it more comprehensive to systemically change USDA once and for all,” Lucas said. “If they can do it why can’t he? I do feel as though if it was important enough for Bernie Sanders and Elizabeth Warren, why haven’t they?”

Goldmon, of the Black Growers Council, said the leadership of his group supports the Biden campaign’s strategies to address systemic racism in agriculture. A priority for the campaign should be addressing chronic issues, including access to USDA loans and programs, he said.

According to a study by Data for Progress, farmers of color were often denied loans and credit, lacked access to legal defense against fraud and experienced “outright acts of violence and intimidation,” causing a 90 percent loss of Black-owned farmland from 1910 to 1998.

“You’re dealing with a profession that’s still for the large part multigenerational, capital intensive, and so my father and grandfather missed out on opportunities that their white neighbors didn’t,” Goldmon said. “It’s common sense to know that the farm that I inherited is still going to be less capitalized than the farms it’s growing alongside and, a lot of times, competing against.”

Lloyd Wright, a Black farmer and former director of the USDA Office of Civil Rights, said the Biden campaign is smart to focus on nonwhite farmers. Wright chairs the Rural Farming Working Group, an informal network of formal USDA employees that meets once a month to get USDA to address the plight of Black farmers.

Wright said his group is “100 percent” committed to getting Biden elected.

“I fall with those who say we should give him credit for including some minority farmers in this policy. I am less concerned with the policy than I am with the implementation of policy,” he said. “We are ready to move onto the next step of getting the right people into positions in the department to implement policy.”