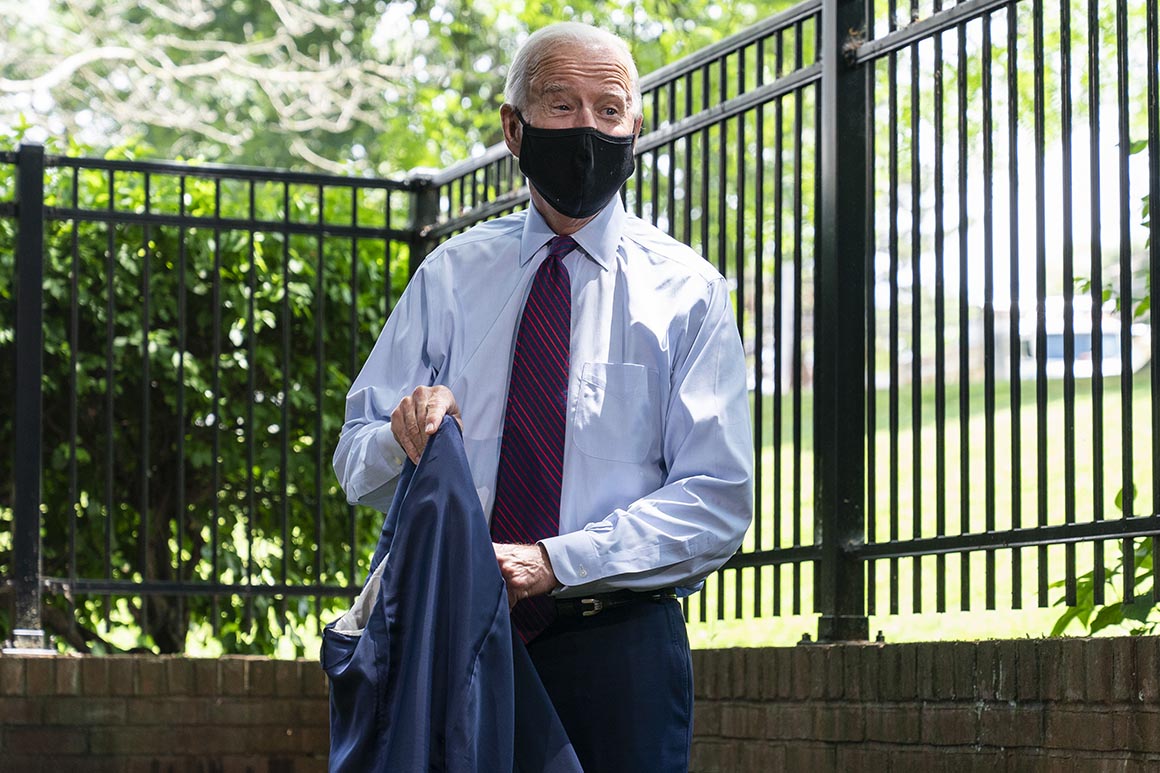 It also marks another holiday where their disparate approaches were laid bare: In May, when they honored Memorial Day, Biden wore a mask and Trump didn’t.

Trump, in a late Friday speech at Mount Rushmore, denounced cancel culture and the “angry mobs” that have taken to the streets to protest police violence and racism.

The president spoke of preserving American culture and traditions against “a merciless campaign to wipe out our history, defame our heroes, erase our values and indoctrinate our children.”

On Saturday, Trump hosts a salute to America event in Washington while Biden will appear later Saturday at the Essence Festival of Culture to answer questions from black women. The segment was taped earlier this week and airs online.