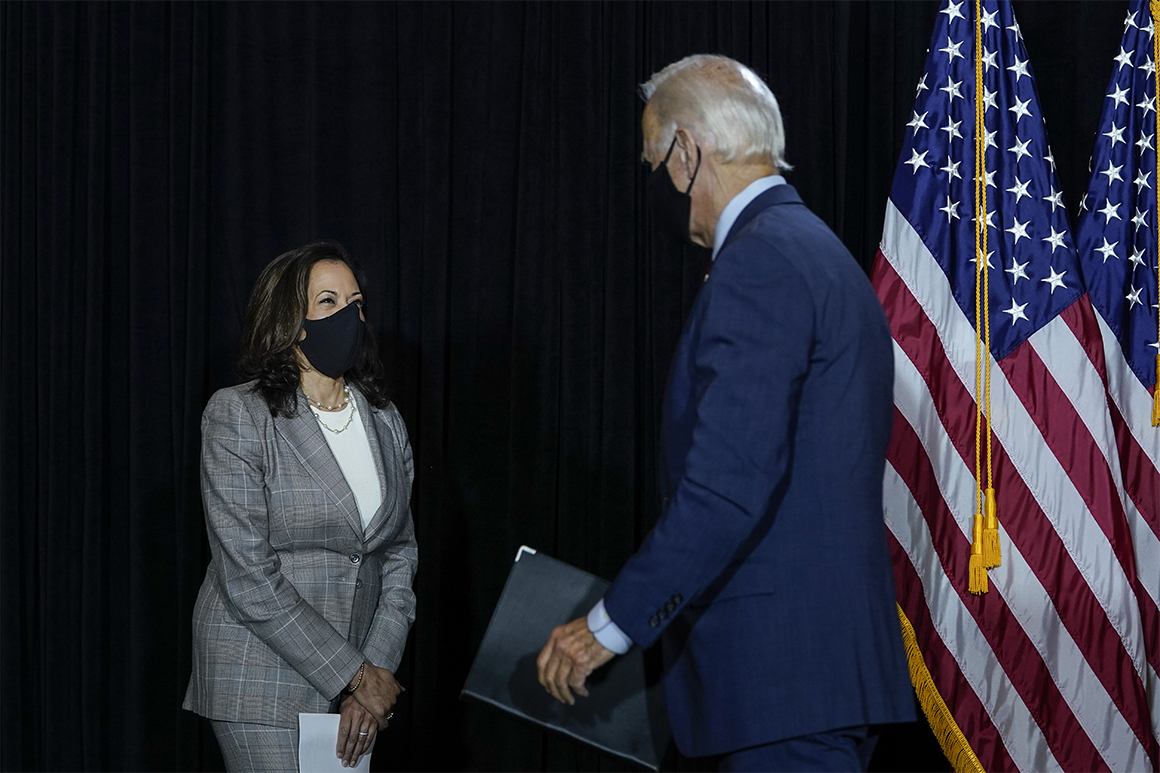 In his remarks, Biden sought to portray masks, which have become deeply politicized and opposed by conservative lawmakers as an abridgement of freedom, as a virtuous act that bridges the partisan divide.

Biden did not say whether he would implement a national mask mandate if elected and, if so, how it would be enforced. For the moment, he called on all governors to impose such policies.

Currently, only 35 states require masks in public, though many individual cities and counties have their own mandates in effect in the remaining states.

Biden and Harris each removed their masks when they spoke, separately and alone at the podium. Both quickly put their masks back on after their remarks.