Biden: 'None of us can be silent' on race after... 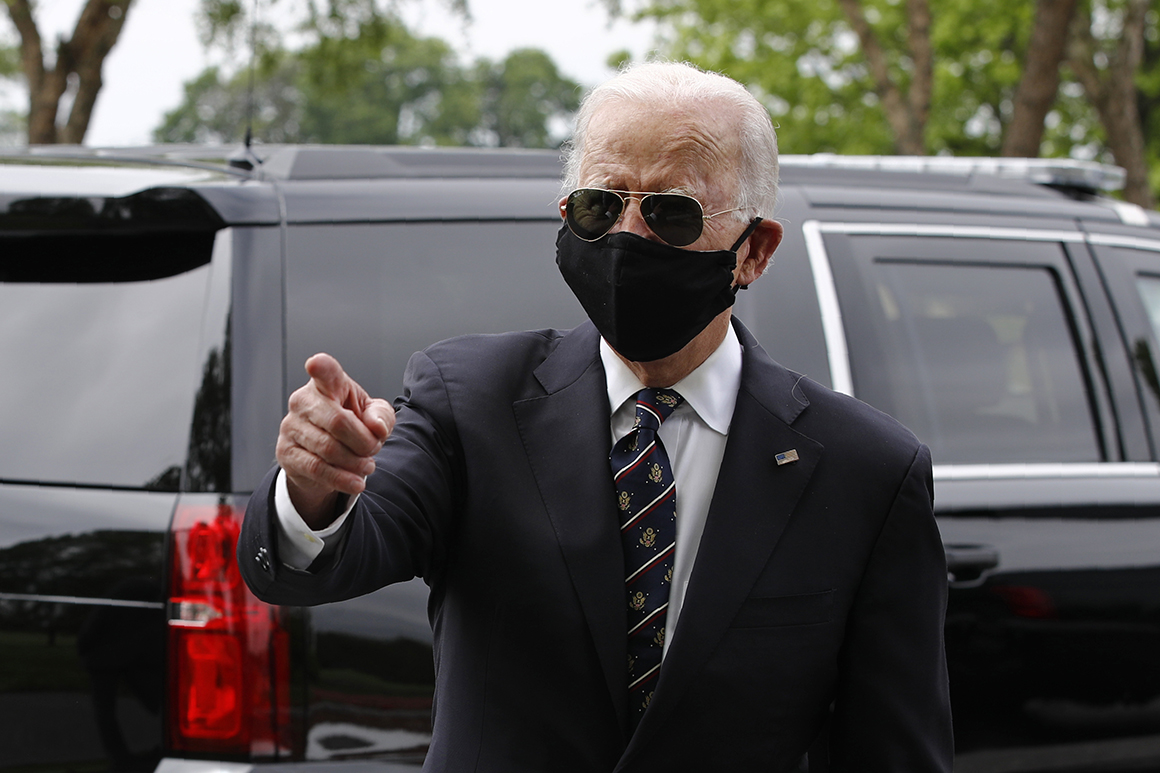 “It’s a list that dates back more than 400 years: black men, black women, black children. The original sin of this country still stains our nation today,” Biden said. “And sometimes we manage to overlook it. We just push forward with 1,000 other tasks in our daily life, but it’s always there. Weeks like this, we see it plainly that we’re a country with an open wound. None of us can turn away, none of us can be silent. None of us can any longer, can we hear the words, ‘I can’t breathe’ and do nothing.”

While Biden’s speech mainly focused on Floyd’s death, Biden added that it is “no time for incendiary tweets. It’s no time to encourage violence,” an implicit criticism of President Donald Trump.

“This is a national crisis and we need real leadership right now,” Biden said. “Leadership that will bring everyone to the table so we can take measures to root out systemic racism. It’s time for us to take a hard look at the uncomfortable truth.”

Biden added that the leadership he called for would mean justice for George Floyd and police reform that “holds all cops up to the high standards that so many of them actually meet — that holds bad cops accountable.”

The former vice president earlier Friday denounced President Donald Trump’s tweets about the violent protests and riots in Minneapolis, where demonstrators have railed against racial injustice in policing practices after Floyd’s death. Biden responded to Trump on Twitter, condemning the president for “calling for violence against American citizens during a moment of pain for so many.”

The presumptive Democratic presidential nominee’s tweets came in response to an overnight Twitter outburst from the president, who wrote that “these THUGS are dishonoring the memory of George Floyd.” The president added that he had spoken with Minnesota Gov. Tim Walz and offered military support, warning, “Any difficulty and we will assume control but, when the looting starts, the shooting starts.”

Twitter hid the post with its own notice that the president’s tweet “violated the Twitter Rules about glorifying violence.” To see the tweet, a user has to select “View.” The social media company’s disclaimer also said it did not entirely remove the post because it “may be in the public’s interest” for it to be viewable.

Biden said he would not give Trump’s tweet “amplification” by sharing it.

“I will not lift the President’s tweet. I will not give him amplification,” the former vice president said. “But he is calling for violence against American citizens during a moment of pain for so many. I’m furious, and you should be too.”

Biden also decried the arrest of a CNN news crew early Friday, when police handcuffed reporter Omar Jimenez and led him away even after he produced his press credentials. Jimenez, who is black, was reporting on the protest and riots. He was quickly released and back on CNN’s air less than 90 minutes later.

“This is not abstract: a black reporter was arrested while doing his job this morning, while the white police officer who killed George Floyd remains free,” Biden said. “I am glad swift action was taken, but this, to me, says everything.”

Derek Chauvin, the former Minneapolis police officer seen a the video with his knee on Floyd’s neck, was arrested on Friday on “probable cause related to the May 25 death of George Floyd,” according to a release from the Minnesota Department of Public Safety.