Biden rips Trump as a president who ‘sows chaos’ 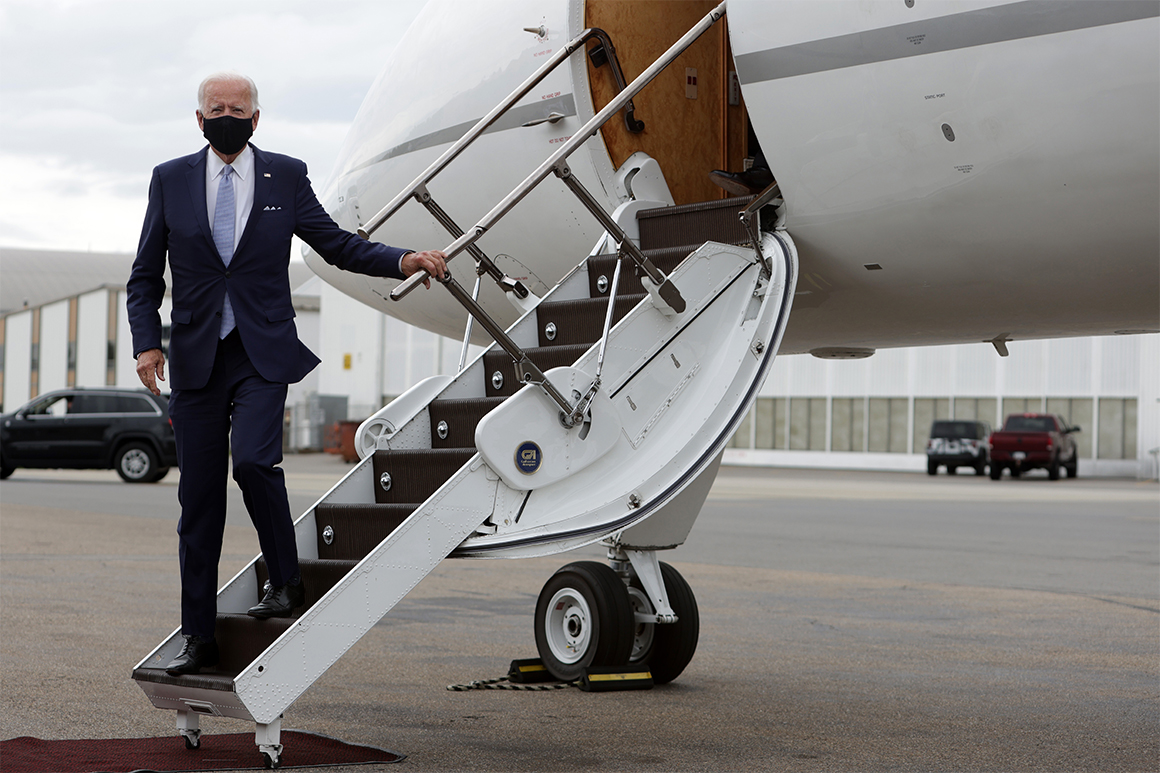 The speech came a little more than a week after a police officer in Kenosha, Wis., shot Jacob Blake, a Black man, seven times in the back as he leaned over into his car, sparking at-times violent protests in the city.

It was during those protests that two demonstrators were shot and killed and another injured. Kyle Rittenhouse, a 17-year-old police admirer from Illinois, was arrested and charged in the killings. Trump has announced plans to visit Kenosha on Tuesday, over objections from the state’s governor and Kenosha’s mayor, both Democrats.

Over the weekend, meanwhile, a man was shot and killed in Portland as pro-Trump counterprotesters clashed with left-wing demonstrators who have been protesting in the city for more than 90 consecutive days following the police killing of George Floyd in Minneapolis in May.

Though it is unclear whether his shooting was linked to the confrontations, the victim’s hat bore the insignia of Patriot Prayer — a far-right group whose members have previously clashed with protesters in Portland.

In his speech on Monday, Biden pushed back against Republicans’ assertions, reiterated by multiple speakers at last week’s Republican National Convention, that the chaos and unrest of the past few months are a harbinger of what is to come should Biden defeat Trump in November.

Biden and his allies have pointed out that the unrest currently taking place is happening under Trump’s watch.

“He keeps telling you if only he was president, it wouldn’t happen,” Biden added with an incredulous chuckle.

“Does anyone believe there will be less violence in America if Donald Trump is reelected?” Biden asked.

He also doubled down on condemning the recent spate of violence after issuing a statement Sunday denouncing the Portland shooting and “violence of every kind by any one, whether on the left or the right,” while calling for Trump to do the same.

The chief target of Biden’s speech weighed in with his own commentary shortly after Biden concluded.

“Just watched what Biden had to say,” Trump wrote in a tweet, calling Biden’s denunciation insufficient and accusing him of bowing to pressure from the left. “To me, he’s blaming the Police far more than he’s blaming the Rioters, Anarchists, Agitators, and Looters, which he could never blame or he would lose the Radical Left Bernie supports!”

In his speech, the former vice president also charged that while Trump has been in the White House, he has failed to effectively respond to multiple crises — including the coronavirus pandemic and the ensuing economic fallout — that “keep multiplying.”

He rattled off statistics like an increased murder rate nationwide and the coronavirus death toll, and cited the Trump administration’s lawsuit to toss out the Affordable Care Act, asking: “Do you really feel safer under Donald Trump?”

He accused the president of seeking to bolster his personal brand — calling Trump “a bystander in his own presidency” — and seized on comments from a top Trump adviser that described the violence in Wisconsin and Portland as a political boon to the incumbent.

“Donald Trump looks at this violence and he sees a political lifeline,” Biden contended.

In an interview on Fox News earlier in the day, Trump campaign press secretary Hogan Gidley called Biden’s allegations in his prepared remarks “a total lie,” and turned the accusation back on Democrats. Gidley pointed to protesters who surrounded and harassed Sen. Rand Paul (R-Ky.) as he left the White House after Trump’s convention speech last Thursday, and Rep. Maxine Waters (D-Calif.), who in 2016 encouraged public confrontations of Trump officials.

“This is their platform and plan,” Gidley charged. “They want this chaos and they want to sow division in this country. So often, Democrats accuse Republicans doing things they themselves are guilty of actually doing” he argued.

Following Biden’s speech, though, Trump’s campaign hit back at the former vice president with misleading responses.

In a statement blasted out once Biden finished, Trump campaign communications director Tim Murtaugh proclaimed that Biden “failed to condemn the left-wing mobs burning, looting, and terrorizing American cities,” despite Biden having done so. He also accused Biden of giving violent protesters cover and “excusing their violence by calling them ‘peaceful protestors’ and accusing law enforcement of ‘stoking the fires of division.’”

Twitter placed a “manipulated media” flag on the video, which did not include Biden saying seconds later that the proof his critics offered for such a claim was “the violence we’re seeing in Donald Trump’s America.”

The Trump war room account posted a little while later that “it’s not our fault Joe Biden was dumb enough to say this on camera.”

"It's true love and, as with losing anyone you love, it's real grief,"  Monty told The Times. Back in May, Monty's golden retriever died after...
Read more

A high fever, a new cough, and a change to your sense of smell or taste are the most crucial coronavirus symptoms, according to...
Read more