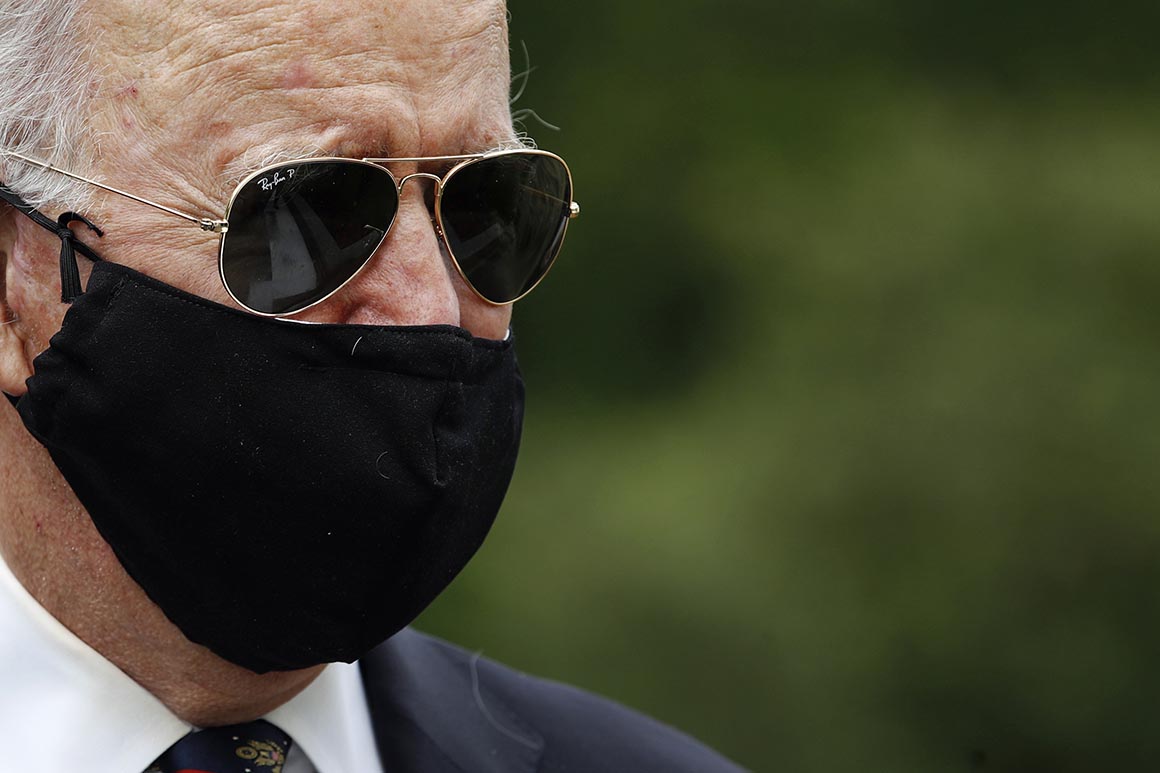 While Trump didn’t add his own comment to the retweet, the president has been accused of stoking a culture war over the kind of face coverings now recommended — but not required — by the Centers for Disease Control and Prevention to slow the spread of coronavirus.

Several weeks ago, when two White House aides tested positive for the virus, masks became mandatory in the West Wing for nearly everyone — except the president. Trump has repeatedly eschewed masks on his growing number of public outings. Instead, he said he is taking a malaria drug that is not proven to treat or prevent coronavirus.

Trump finally donned a face mask for the first time last week when he visited a Ford plant in Michigan where masks are required, though he only wore his mask in private, telling the press traveling with him that he didn’t want to give them the satisfaction of seeing him wear it.

Biden had sharp words for the president over what he called a lack of leading by example, accusing Trump of “stoking deaths.”

“He’s a fool, an absolute fool to talk that way,” Biden told CNN’s Dana Bash in his first in-person interview since having to hit pause on traditional campaigning due to the virus. “I mean every leading doc in the world is saying you should wear a mask when you’re in a crowd, and especially when you know you’re going to be in a position where you’re going to inadvertently get closer than 12 feet to somebody.”

He accused Trump of caving to “macho stuff,” the argument advanced by some opposed to wearing masks that doing so is a sign of weakness. “That’s not going to increase the likelihood that people are going to be better off,” he added later.