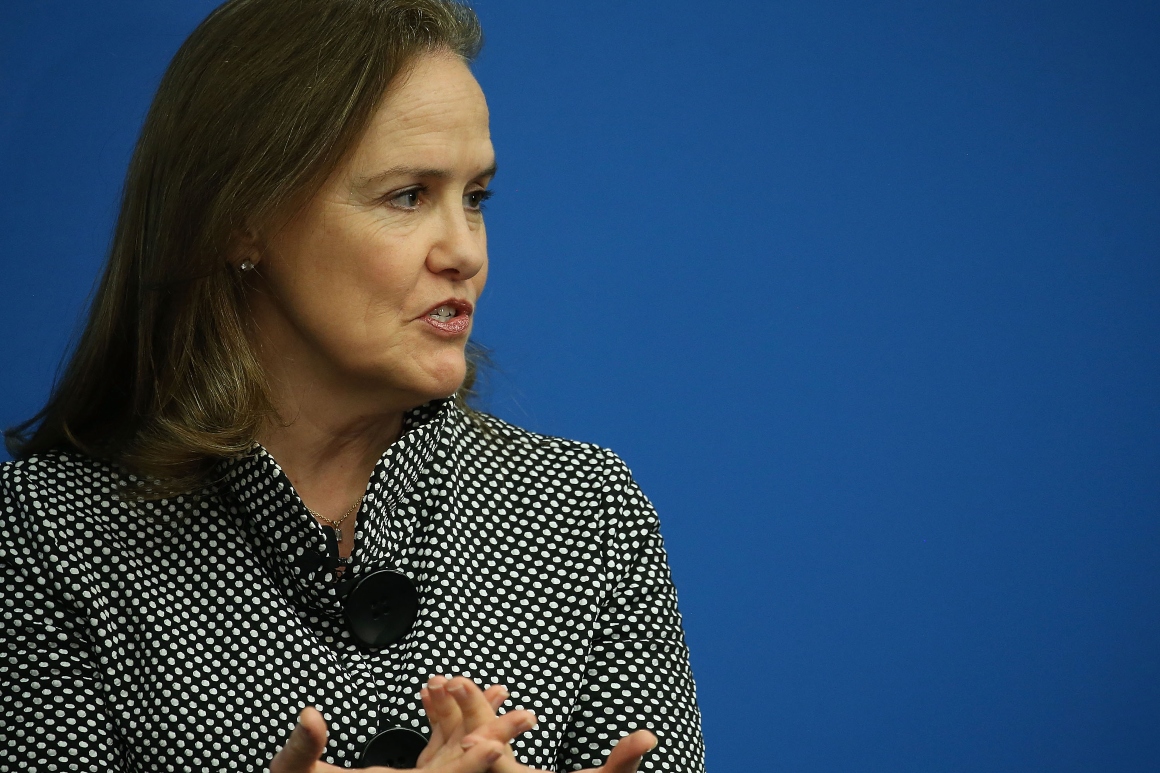 Two former Obama White House officials who remain close to Biden said he never developed the kind of strong personal relationship with Flournoy that he has sought in his Cabinet picks, and once the dust settled after the election, Biden began leaning toward exploring other options.

Another top contender is Jeh Johnson, Obama’s second secretary of Homeland Security, the people said. He would be the first Black Defense secretary in an administration that has promised a diverse Cabinet.

“Michèle is still at the top of the list but they still want to keep looking — and that’s a change,” said a former senior national security official tracking the transition closely. The sense is: “Let’s not be rushed here.”

Johnson and Flournoy did not respond to requests for comment. The Biden transition team declined to comment.

Biden is also under pressure to look elsewhere in part due to Flournoy’s ties to the defense industry — she has worked for multiple defense consulting firms and in 2017 co-founded WestExec Advisers, which helps defense companies market their products to the Pentagon — and her support for Obama’s Afghanistan surge, a move that Biden opposed.

The selection on Monday of Tony Blinken as Biden’s secretary of State could further cloud her prospects. The two co-founded WestExec, a strategic consulting firm that keeps its client list a closely guarded secret.

The think tank she co-founded, the Center for a New American Security, also relies heavily on funding from defense contractors.

Although Flournoy is widely seen as the person most qualified for the job, her years of experience in the Pentagon and defense community may actually work against her. Some members of the Biden team are concerned Flournoy, who served as Obama’s Pentagon policy chief, is too entrenched to enact progressive change.

“Have you just been there too long? Do you know too many people? And are you unable to enact the kind of progressive change Biden is looking for?” said the former national security official who is tracking the transition closely. “Everyone in the defense policy world loves Michèle, and in a weird way I think it gives you some pause.”

Progressives, who have pressured Biden to also represent the left wing of the Democratic Party in his Cabinet, raised more questions on Monday about Flournoy’s views.

“Flournoy supported the war in Iraq & Libya, criticized Obama on Syria, and helped craft the surge in Afghanistan,” tweeted Rep. Ro Khanna, who was a co-chair of Bernie Sanders’ campaign for the White House. “I want to support the President’s picks. But will Flournoy now commit to a full withdrawal from Afghanistan & a ban on arms sales to the Saudis to end the Yemen war?”

Flournoy seems attuned to the concern. She held a conference call with progressive organizations shortly before the election to hear them out and commit to more rigorous review of arms sales to countries with spotty human rights records.

There also appears to be a behind-the-scenes effort to raise her profile. A group of military family organizations endorsed her over the weekend for the top job, saying she has “undisputed expertise on a wide variety of subjects at the Defense Department.”

A former government official who is in close contact with the Biden transition team said Johnson, who also served as general counsel at the Defense Department in Obama’s first term, has been under consideration in recent weeks for three jobs: attorney general, director of national intelligence and Defense secretary.

The selection of Avril Haines on Monday to be the DNI leaves him in the running for the other two spots, the former official said.

Yet Johnson’s own ties could raise concerns; he’s a member of Lockheed Martin’s board of directors.

The former officials also pointed out that while Flournoy remains a strong candidate, she has had some policy differences with Biden, particularly over U.S. military strategy in Afghanistan.

Flournoy played a leading role as undersecretary of defense for policy in 2009 in advancing Obama’s surge of military forces in Afghanistan that was proposed by the commander at the time, Gen. Stanley McChrystal. Then-Vice President Biden opposed the move, pushing for a much smaller counterterrorism force, but he was ultimately overruled.

“She was aligned with McChrystal and others’ take that we need more forces and Biden was not in favor of that specific approach,” said the former government official who is close to the transition.

Flournoy recently said that if she could do it all over again, she would ask more questions, especially about the capacity of the Afghans to consolidate any military gains.

“I think we went in believing we had a different kind of partner in the Afghan government than we actually did,” she said on a podcast with McChrystal, who is also advising Biden.

Not everyone believes that Flournoy’s future is in doubt.

“We shouldn’t read too much into the timing,” said Richard Fontaine, CEO of CNAS. “In its short tenure, this is already shaping up as a deliberate and careful transition team. I’m certain we’ll know the next round of appointees soon enough.”