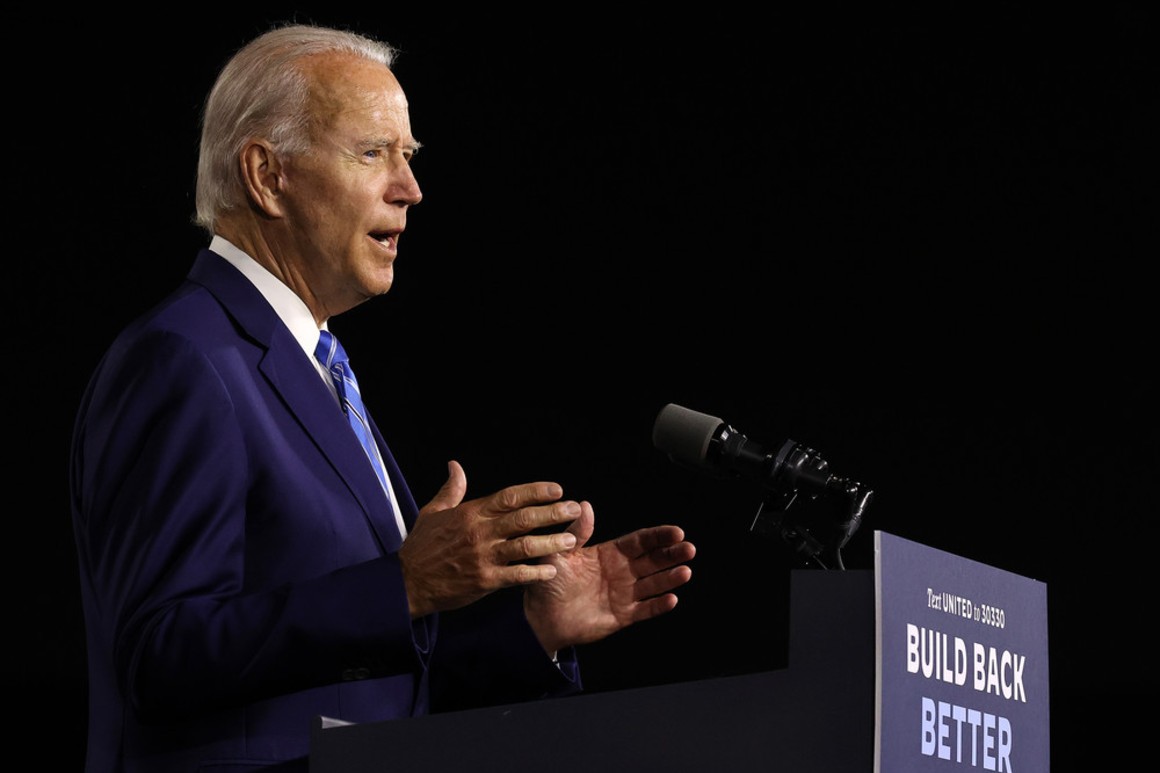 As Biden conducts a series of interviews with a final list of potential running mates ahead of his August decision, his biggest concern is that there is nobody on his list with whom he has any previous deep relationship.

According to conversations with a dozen Democrats — a mix of elected officials, formal campaign advisers, and outside strategists, most of whom were granted anonymity to share their candid assessments — Biden pines for a partner who could be to him what he was to Obama: a friend and confidante who subsumed his political interests to those of his boss.

The elusive hunt for Biden’s Biden has recently pushed Susan Rice into the top tier of candidates. As Obama’s national security adviser for his entire second term, Rice and Biden worked closely together on an almost daily basis, making her the only potential running mate who Biden knows so intimately.

But very few of the other candidates come close to meeting that test, which means that the one-on-one candidate interviews could be unusually important. A dark horse candidate who aces her oral exam with the nominee could end up as the finalist — and considering Biden’s commanding status in the race, as well as his age — the most likely person in America to be the 47th president.

There are other considerations aside from Biden’s gut that Democrats are whispering about. One adviser to the campaign who has been asked for his assessments about several vice presidential candidates said the political considerations were less important than previous cycles.

“The first rule here is do no harm,” he said.

Because Biden’s lead over Trump is so significant — and because there’s not much empirical evidence that running mates can have a major positive electoral impact — many Democrats dismiss overly political calculations about how a potential candidate might affect various demographic groups or states.

That view leads some to conclude that the selection should be as safe as possible. “I hope their vetting is good, because the heart of the Trump campaign is gonna be ‘Biden is losing it, he’s 77, and so this person will be president,’” said the adviser.

Another Democratic strategist who has been involved in the vice presidential selection before argued that the do-no-harm rule made Elizabeth Warren more of a long shot.

“Biden has this race in a pretty good spot and Trump is finding him an inconvenient target,” he said. “He’s culturally inconvenient for Trump: old, white, moderate Irish catholic guy from Pennsylvania. There’s a reason Trump brought on an impeachment trying to stop Biden. Many of the things that were weaknesses during the primary are now strengths, and you don’t necessarily want to upset the balance of the race here.”

The strategist said that Warren “checks the box of can-be-president tomorrow. The question for Elizabeth is whether it’s too much octane for the tank. Trump is desperately looking to turn Biden into a scary radical lefty. He can’t do that so his tactic is to make him seem like a tool of the scary radical lefty. She would become the nominee for president in the mind of Republicans. Trump will say, ‘Biden is so old that he won’t survive a year and she is going to be calling the shots and then she will be president.’”

There is a widespread assumption that Kamala Harris is the favorite because, in the words of one Biden adviser, she “checks the most boxes” and is likely to have the fewest members of Biden’s inner circle register strong opposition. But if Biden’s demand for loyalty is paramount, several top Democrats questioned whether Harris would be the right choice.

Given the number of difficult decisions Biden will have to make in his first year as president and the ideological divides that are likely to open up once Democrats are in power and no longer unified by disgust with Trump, Biden is said to want someone who will not prioritize their own political ambitions.

“If you assume Biden isn’t going to run for reelection you don’t want someone who is only paying attention to 2024,” said the Biden adviser. “The decisions that need to be made are not going to be easy. Biden’s vice president might want to dodge a lot of tough issues if they only have an eye on 2024.”

Another Democratic strategist agreed Harris was likely the default pick and noted that just running for president was a major asset. “She’s kind of the path of least resistance,” he said. “She’s a woman of color, she has enough experience, she has been through the process before. One of the many things that Obama liked about Biden is that he had been through the maelstrom.”

But he offered one note of caution: Harris performed terribly through the maelstrom of her own campaign.

“My understanding is that Joe is comfortable with Warren personally,” said one adviser, alluding to suggestions that Warren’s primary attacks on Biden as a corrupt tool of the finance industry irreparably frayed their relationship.

Many Democrats agree that the running mate decision is so personal that it will be made primarily by Biden himself rather than, like some policy issues, a committee of his closest advisers. That has created a parlor game for many Democrats trying to get inside the candidate’s head.

“Put yourself in the mind of Joe Biden,” said one Democratic strategist. “Who is Joe Biden? He spent his entire adult life in the United States Senate. He’s a foreign policy maven. He really takes it seriously. So when he says I need someone on Day One to take over, that specifically means they can deal with China and Russia on Day One. To me that means it’s not going to be a mayor. And maybe not even a governor. He has a bias towards senators. But it also has to be next generation. So not Warren, who is 71. She performed significantly under expectations. That would lead you to two senators: Kamala Harris and Tammy Duckworth. Who else meets that mold? Susan Rice: ready on Day One for Russia and China.”

Unlike previous presidential election years, there is little pressure on Biden to use his selection to bring together a deeply fractured party. In 1960, John F. Kennedy needed Lyndon Johnson and his strength with Southern voters even though the two men despised each other. Ronald Reagan chose George H.W. Bush, a bitter critic, because the Republican Party was cleaved in half between moderates and conservatives. In 2008, John McCain chose Sarah Palin, an obscure Alaska governor he barely knew, because he was desperate and headed for defeat and looking to jump-start his campaign.

“This is not about a political marriage of convenience like those other cases,” said the Democratic strategist. “Biden has to feel something with them.”

One person not often mentioned whom several Democrats raised was Gov. Gina Raimondo of Rhode Island. She’s a 49-year-old two-term governor who was struggling earlier in her tenure but who has recently been credited with a stellar response to the coronavirus pandemic. Perhaps more importantly to Biden, she’s like him. She comes from a working-class Catholic family and rose to the highest political ranks in a small state.

Raimondo would have some explaining to do for people on the left. She has had some nasty fights with unions in her state and during the Democratic primaries she endorsed Mike Bloomberg. But if she made it to a sit-down (or Zoom chat) with Biden, she’s the kind of person you could see winning him over with some shared reminiscing about their Irish and Italian ancestors feuding in places like Wilmington and Providence.

All the Democrats I talked to agreed there are lots of good candidates but that there isn’t one obvious candidate.

“Here’s the challenge,” said the close Biden ally. “Every one of the people on the list you have a sentence that starts, ‘But she hasn’t…” He ticked off some examples.

But she hasn’t run for office before. (Rice)

But she hasn’t been a team player. (Warren, Harris.)

But she hasn’t had enough foreign policy experience. (Several)

“I don’t think there is an obvious frontrunner,” he said. “And that’s why it is going to come down to trust and relationships.”

“There is no one ideal home run choice,” said the person whom the campaign has consulted about several potential running mates.

Rep. Cedric Richmond, Biden’s campaign co-chair and a past head of the Congressional Black Caucus, didn’t want to discuss the sensitive matter of Biden’s decision-making process. But he offered a succinct appraisal of the kind of Democrat he was hoping the nominee would choose: “Whoever helps us win.”

Anita Kumar “I want to know the names of EVERY Patriot who stands with me against rampant and fraudulent mail-in-ballots. My team is giving me...
Read more