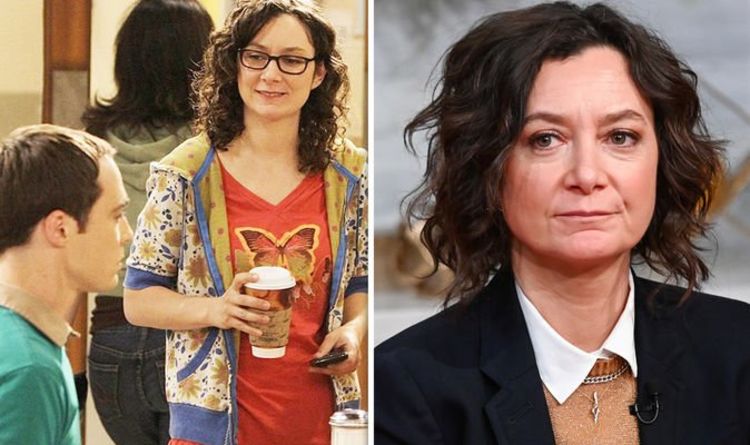 All 12 seasons of The Big Bang Theory are available to stream and download on Netflix now. The sitcom first arrived on screens in 2007, ending in May 2019. The entire starred Johnny Galecki, Jim Parsons, Kaley Cuoco, Simon Helberg and Kunal Nayyar but the first few seasons featured notable recurring characters of which some were promoted to series regulars including Sara Gilbert, Melissa Rauch, Mayim Bialik, Kevin Sussman and Laura Spencer.

Who did Sara Gilbert play in The Big Bang Theory?

From 2007 until 2010, Gilbert starred in The Big Bang Theory as recurring character Leslie Winkle.

She joined the cast in 2007 as an occasional guest star and was quickly promoted to series regular.

Gilbert made her debut in episode three of season one and her final appearances in the season three finale.

In 2009, Entertainment Weekly reported that the writers did not know how to continue the character Leslie in a regular role and as a result, she was reduced from regular cast member to recurring.

After the characters, Amy Farrah Fowler (played by Mayim Bialik) and Bernadette Rostenkowski (Melissa Rauch) became prominent characters on the show and Leonard and Penny got together, Leslie no longer featured.

Leslie was the PhD friend of Leonard Hofstadter (Johnny Galecki) and at one point his love interest.

She was also the love interest of Howard Wolowitz (Simon Helberg), having casual sexual relationships with both Leonard and Howard.

Leslie made her final appearance in the season three finale titled The Lunar Excitation, where she rejected Leonard’s offer for just casual sex.

Leslie was also one of Sheldon’s arch-enemies, due to their conflicting scientific theories.

Despite leaving the show in season three, Gilbert returned to The Big Bang Theory in season nine for the 200th episode.

In The Celebration Expekrination, Leslie and Sheldon (Jim Parsons) set aside their differences and became friends after years of hating each other.

Leslie also finds out that her ex-boyfriend Leonard is now married to Penny (Kaley Cuoco).

Johnny Galecki (who plays Leonard) and Gilbert have previously worked together on the show Roseanne, where he played her character Darlene’s love interest.

As teenagers, Hofstadter and Gilbert dated and soon after their relationship, Gilbert announced she was a lesbian.

She and Galecki have remained close friends till this day.

Who is Sara Gilbert?

She is best known for playing Darlene Conner on the ABC sitcom Roseanne between 1988 and 1997.

Gilbert revised the role in 2018 when the series made a comeback.

She will star in the upcoming Roseanne spin-off series, called The Conners.