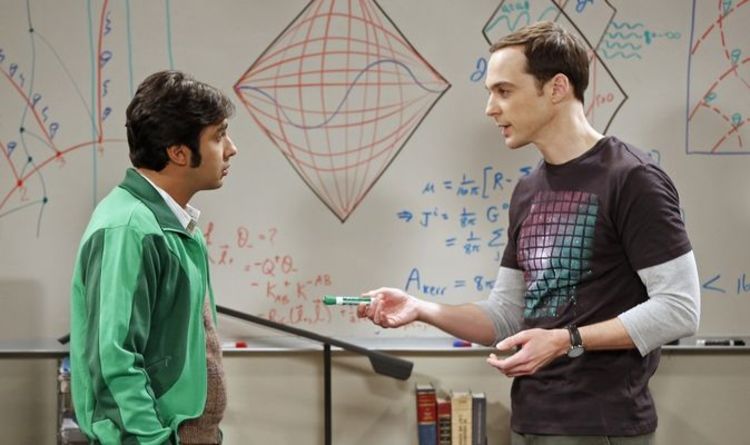 The geeky CBS sitcom was known the world over for its impressive pop culture references. However, fans of The Big Bang Theory have questioned the show’s geek credentials over the years by pointing out some major movie errors.

Although they had their arguments, the four geeky guys at the centre of The Big Bang Theory remained firm friends thanks to their shared interest in sci-fi, superheroes and fantasy.

Sheldon (played by Jim Parsons) and Leonard (Johnny Galecki) were the geekiest pair in their Pasadena apartment building, and the levels of geekiness skyrocketed when their friends Howard (Simon Helberg) and Raj (Kunal Nayyar) came over for gaming and movie nights.

Thanks to the casting of Kunal as the gang’s friend of Indian descent, the popular sitcom occasionally pulled references from Bollywood as well as Western pop culture.

One of these tributes came in the first episode of season two, The Bad Fish Paradigm, in which Sheldon and Raj argue about two popular Indian actresses.

A particularly observant fan took to the online forums to point out the egregious error hidden in the pair’s debate about Aishwarya Rai and Madhuri Dixit.

The fans said: “Raj and Sheldon are watching TV in Raj’s apartment and we hear music playing. Sheldon asks if the woman on TV was Aishwarya Rai to which Raj says yes and then they argue about her and Madhuri Dixit.”

During their heated exchange, Sheldon drops some surprising Bollywood knowledge when he describes Aishwarya as “a poor man’s Madhuri Dixit”.

To which Raj responds: “How dare you. Aishwarya Rai is a goddess!”

Sheldon then quips Raj may not be very familiar with Indian cinema, much to the disdain of his friend who originally lived in New Delhi.

Unfortunately, the fan picked up on a major goof in this scene and continued: “The song playing was from the Bollywood movie Kaho Na… Pyar Hai, but neither of them are in the movie – the lead actress was Ameesha Patel.”

Kaho Naa… Pyaar Hai is a popular romantic thriller in Bollywood circles, and marked the debut of famous Indian actress Ameesha Patel, but neither Aishwarya or Madhuri appear in the film.

While it’s presumptuous to assume Raj would be familiar with these actresses just because he moved to the States from India, there’s plenty of evidence throughout the series to suggest he’s a major Bollywood fan.

Although Bollywood films aren’t as popular in the States as the likes of Star Wars and Star Trek, which get frequent shout outs in the series, the mistake was obvious enough for this eagle-eyed fan to notice.

This wasn’t the first time the supposedly pop culture obsessed cast of the series made some critical errors about their favourite franchises.

For example, Sheldon made some unforgivable mistakes about the 1980s fantasy classic Gremlins back in season three.