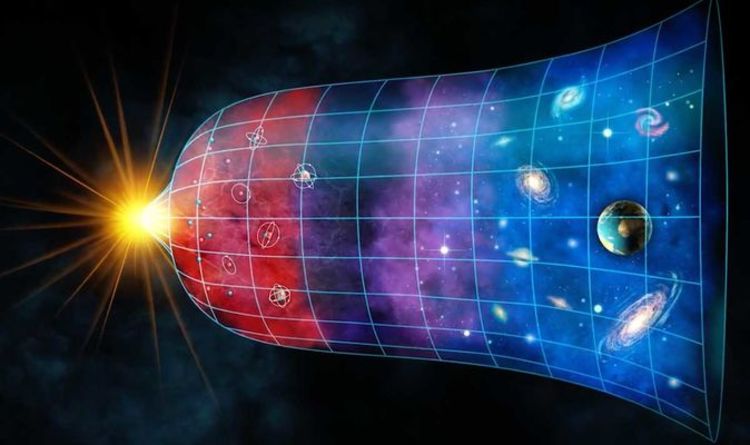 Now an international team of researchers looking at the timescale of the early universe – measured in trillionths of seconds – think they know. But it’s complicated. And we are still not quite there. Two theories exist as to exactly what happened 13.8 billion years ago when the universe, which is now unaccountably huge, emerged from something so unimaginably small – according to the new research one hundred billionth the size of a proton.

First there is cosmic inflation – a period BEFORE the Big Bang when, according to physicists, an ultra-high energy particle inflated at an incomprehensible speed and scale. During this period matter, such as it was, remained a cold dark formless mass.

Then, less than a trillionth of a second later, came the Big Bang – an almost infinitely hot fireball which exploded ultimately forming all the matter as it now exists, and eventually Earth and us.

But scientists struggled to link the two processes – how a cold dark soup could trigger the most explosive moment conceivable?

Now a team of physicists at Massachusetts Institute of Technology, aided by teams as far away as Holland, have discovered a linking period – a phase they call “reheating”.

The inflation to reheating period was clearly a crazy time. At one point gravity worked in reverse and another it was modified by quantum effects – and it was this which allowed the hot Big Bang to emerge from the cold Cosmological Inflation period.

Professor at MIT, David Kaiser, said: “Reheating was an insane time, when everything went haywire.

“The postinflation reheating period sets up the conditions for the Big Bang, and in some sense puts the ‘bang’ in the Big Bang. It’s this bridge period where all hell breaks loose and matter behaves in anything but a simple way.

“We show that matter was interacting so strongly at that time that it could relax correspondingly quickly as well, beautifully setting the stage for the Big Bang.

“We didn’t know that to be the case, but that’s what’s emerging from these simulations, all with known physics. That’s what’s exciting for us.”

However, as clever as the research is, the question of where the Universe came from remains unanswered. Science is getting tantalisingly close, but is still not there.

The research was supported, in part, by the U.S. Department of Energy and the National Science Foundation.