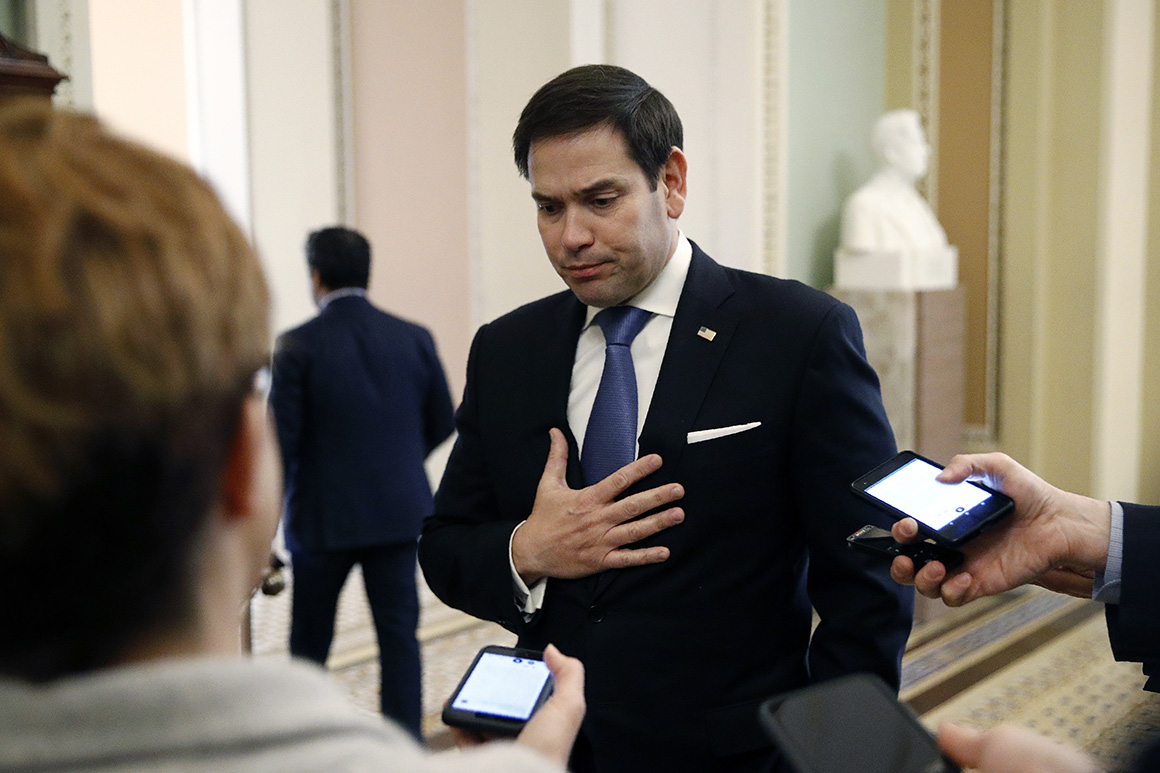 Crises nearly always create political upheaval. In recent history the catastrophes of 9/11 and the Great Recession both defined American politics for the decade that came after each event.

The crisis of Covid-19, which has already killed far more Americans than the 9/11 attacks and the wars in Afghanistan and Iraq that were waged in response, seems likely to have a similar effect. And while the political impact of a deadly pandemic is by no means the most important question of the moment, the Trump administration’s embrace of a massive government intervention to cushion the economic impact of our national self-quarantine has intensified a debate on the right about Republicans and the role of government.

Anyone who watched the 2009 stimulus debate has to be flabbergasted by the Republican response in 2020. Back then, President Barack Obama struggled to pass a $ 900 billion bill even as his top economists believed the country needed a package several times that size. The Obama stimulus received no Republican votes in the House and three Republican votes in the Senate, including Pennsylvania’s Arlen Specter, who soon joined the Democratic Party.

Congressional Republicans in 2020 have embraced $ 2 trillion — and counting — in stimulus with almost no resistance. Thomas Massie, the one House Republican who loudly questioned the initial package, was nuked by Trump in a tweet and the legislation passed with a voice vote in the Democratic-controlled chamber.

In 2020, the economic libertarians who once defined conservatism have disappeared. Instead the most interesting debate is among Republican policymakers crafting large-scale programs to get government checks into the hands of economically disenfranchised people as quickly as possible.

The two most notable politicians crafting stimulus policy for Trump to sign are Republican Sens. Marco Rubio of Florida and Josh Hawley of Missouri. Before the coronavirus crisis, both senators had taken stabs at articulating a new kind of policy populism for the GOP that was self-consciously anti-libertarian, skeptical of big business, and more comfortable with big government. When the economy started crashing in March, Rubio, the chairman of the Small Business Committee, helped dream up the massive Paycheck Protection Program, which has the government shoveling hundreds of billions of dollars out the door every month. Hawley, who is only 40 years old and was elected in 2018, wanted — and wants — something even more expansive: a program that would pay businesses to keep their workers on the payrolls. 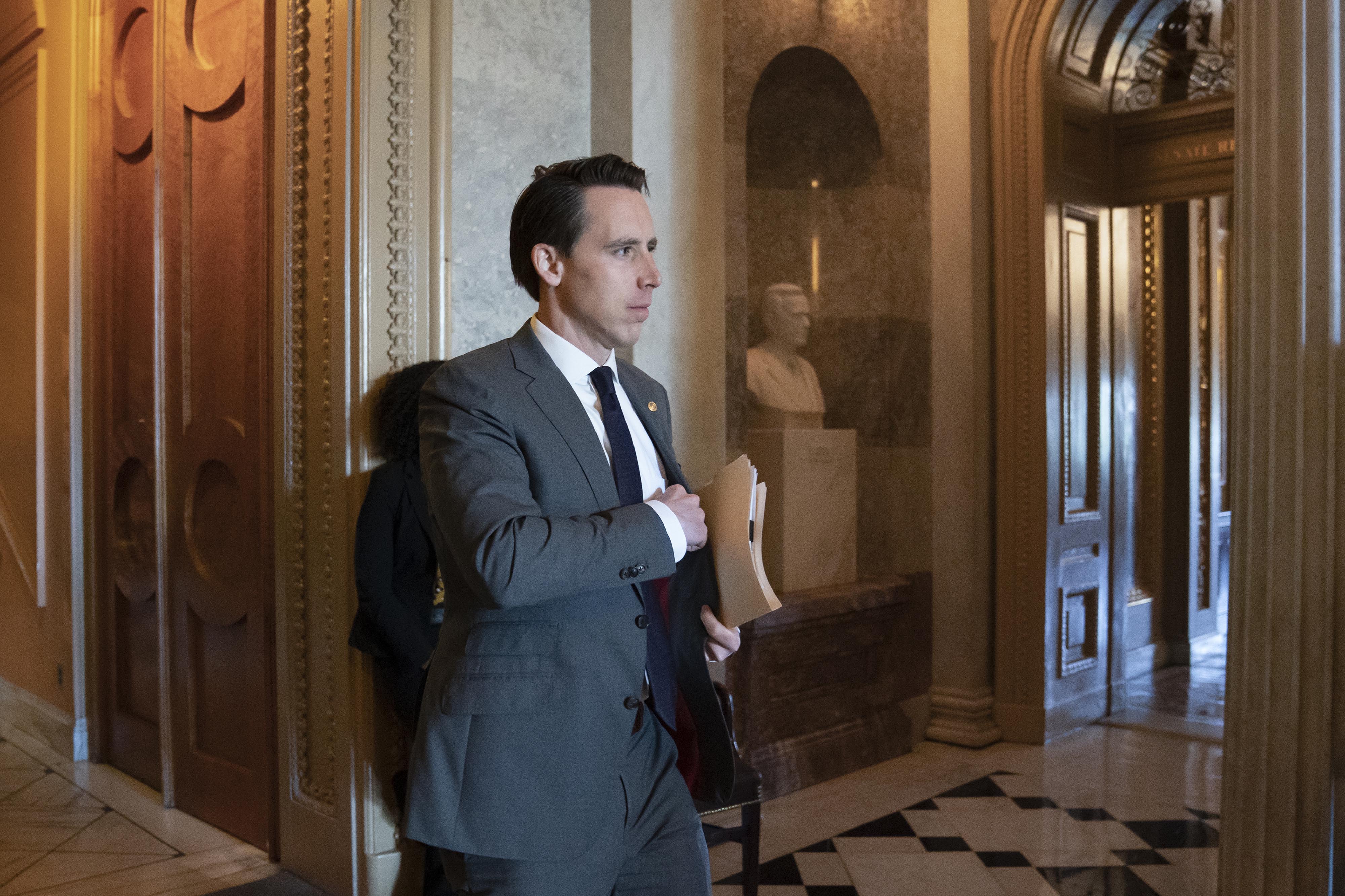 “Josh believes we have reached the limitations of the PPP,” said Hawley’s chief of staff, Kyle Plotkin. “It was a temporary lifeline, but now it’s time to think about recovery. Too many small businesses aren’t able to access the PPP. At the time of the passage, the nearly nationwide shutdown orders weren’t in place yet and the economic ramifications were unknown. But after the government shut down the economy, we now have mass unemployment. We have to do something that addresses the severity of the crisis.”

Hawley argues, not unreasonably, that because the government’s shelter-at-home directives caused the economic collapse, the government has a responsibility to respond with something to match the scale of the problem.

Before the crisis, Rubio, Hawley and their fellow Republican populists (the term applies more to Hawley than Rubio) seemed to amount to little more than a small group of legislators, a tight network of D.C. policy wonks, and some right-leaning opinion columnists. But when the pandemic struck, they were suddenly crafting the most consequential and interventionist legislation of the century. Now the question is whether they represent the future of the GOP — the rising stars who will define the party after Trump — or whether they are simply like firefighters called in for an emergency before the party defaults back to its traditional small-government worldview.

The two most recent and gravest national crises did not alter politics in a predictable or even consistent way. The aftermath of 9/11 was marked by a surge in support for George W. Bush and two elections that tilted toward the GOP. By the third national election after the terrorist attacks, in 2006, Bush’s response, especially the war in Iraq, was deemed to be a catastrophe. The economic collapse of 2008 likely helped Obama win that year’s presidential election, and it facilitated the passage of a sweeping agenda in 2009, but an anti-government backlash quickly followed in 2010.

But those twin crises did have lasting impact: both parties have become more anti-war and more economically populist. (The hard-to-argue-with evidence for this claim is the influence of Bernie Sanders on Democrats and the election of Trump.)

Perhaps not surprisingly, the GOP populists see the pandemic as accelerating the still inchoate big government impulses that Trump has often, though inconsistently, represented.

"This is going to jumpstart the already simmering debate over how the right should deal with domestic policy,” said Henry Olsen, one of the leading intellectual champions of a more economically interventionist conservatism. “Clearly there’s going to be demand for many types of stimulus. There’s going to be demand for the view that we’re not going to let this happen again. And a libertarian, hands-off policy doesn’t really respond to that.”

It’s more interesting to muse about how this crisis might rewire Republican politics, but there’s a strong case for skepticism about how the pandemic will rewire conservatism.

Among many Capitol Hill Republicans, Hawley remains a freshman outlier with little influence inside the party. “I don’t think anything has changed fundamentally in the Republican Party because of what is going on with coronavirus ,” said a senior Senate Republican aide. “There are no atheists in foxholes but I assume they go back to being atheists if they survive.” This person emphasized that the initial bipartisan response to the crisis has already faded, with both parties now trying to use subsequent legislation to push more parochial party issues.

This is hardly the first time that the libertarians have been challenged by big government conservatives. There’s a long history of the GOP embracing activist government when in power and then turning against it ferociously when a Democrat is in the White House. The GOP has a built-in advantage when it comes to using the government to ameliorate economic hardship. Decades of polling consistently shows that Democrats trust the government at high levels despite who controls the White House, while Republican voters fluctuate depending on the party affiliation of the president.

“Republicans have expressed much higher levels of trust during Republican than during Democratic presidencies,” noted a recent report from Pew, “while Democrats’ attitudes have tended to be more consistent, regardless of which party controls the White House.”

The last boomlet for big government conservatism was during the era of George W. Bush. But once his administration crashed and burned and Obama won, the libertarian-inspired Tea Party movement dominated the GOP. It is hard to imagine how the kind of populist economic interventionism represented by Hawley would thrive during a Biden presidency, when a focus on debt and deficits and the size of government would undoubtedly be politically beneficial for many Republican candidates. In fact, the roots of this kind of movement can already be seen in the scattered protests against quarantine policies.

So far the protests have been small and mostly about the quarantine policies rather than the trillions of federal dollars being spent. But they do hint at the idea that the libertarian soul of the GOP has not yet been expunged.