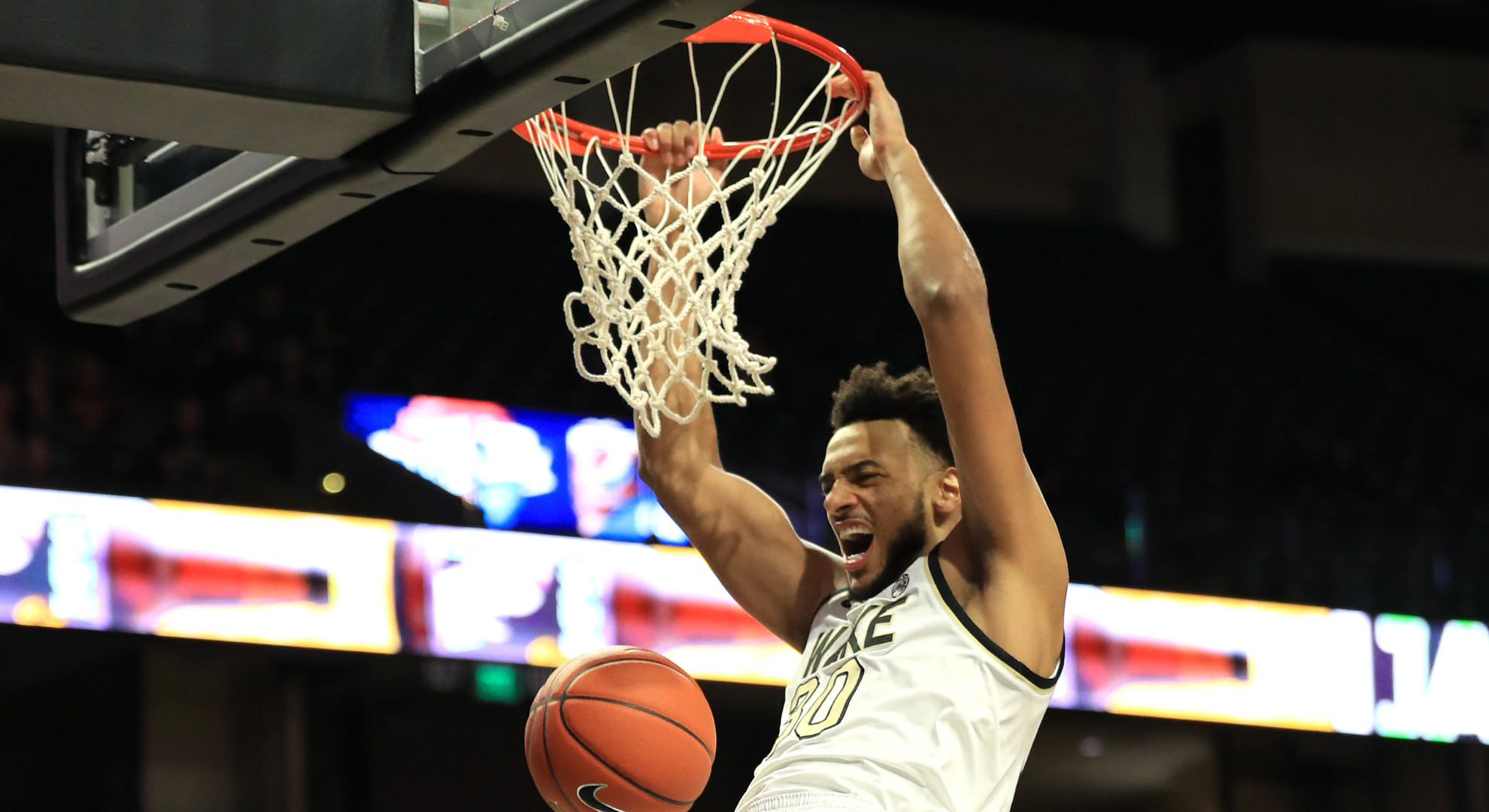 Many Kentucky fans were heartbroken a week ago when Kentucky missed out on Purdue’s Matt Haarms, the top graduate transfer center available.

They had to settle for the top transfer center instead: Olivier Sarr of Wake Forest.

When the consolation prize actually is preferred, does one still call it that?

MORE: Wake Forest rebuild might not seem so daunting to Steve Forbes after his career restoration

Sarr, 7-0, 256 pounds, averaged 13.7 points and 9.0 rebounds for the Demon Deacons in his junior season. He has the ability to run the floor, is an alert passer and an effective shot-blocker. He attempted 180 free throws and converted at a 76 percent rate, but needs work on his finishing ability. Haarms, 7-3, left Purdue as a grad transfer, ultimately choosing to continue his career at BYU. Haarms is a superior shot-blocker to Sarr, but he never has averaged more than 22 minutes per game in his career.

Sarr is more likely to function at Kentucky as a full-time big man. His best games at Wake included 30 points and 17 rebounds in a win over Notre Dame and 25 points in a late February win over Duke. He closed the season averaging 20 points over his final five games.

His statistics represented an enormous improvement over his first two seasons, although they did not result in Wake having a successful season. Danny Manning was fired from the head coaching position nearly two weeks ago, and Sarr announced on Thursday he was entering the NCAA transfer portal.

He beamed down to UK with a Twitter post on Wednesday: “BBN, I can’t wait to get started,” he wrote.

Sarr said it was “an emotional struggle” in deciding whether to leave Wake after the university chose to dismiss Manning. The Deacons finished their disappointing season on March 10, two days before all of NCAA basketball shut down, but Manning was not let go until April 25. Steve Forbes was hired as the Deacs’ new head coach within a week.

MORE: Forbes on Deacons in transfer portal: They’ll have to tell me no

“Coach Manning and the staff were family,” Sarr wrote. “I just didn’t feel like I could be at my best by returning to Wake Forest.”

At Kentucky, Sarr can provide something resembling a veteran presence on a squad comprising almost exclusively freshmen and sophomores.

If he is able to gain eligibility to compete in the 2020-21 season, he will fill a significant frontcourt vacancy for the Wildcats created when sophomore E.J. Montgomery chose to turn professional, despite averaging just 6.1 points and 5.4 rebounds per game.

ByRoger Federer has revealed he is on course to return to action at the Australian Open in January as he continues to recover from...
Read more