Big One earthquake warning: US on alert as expert says... 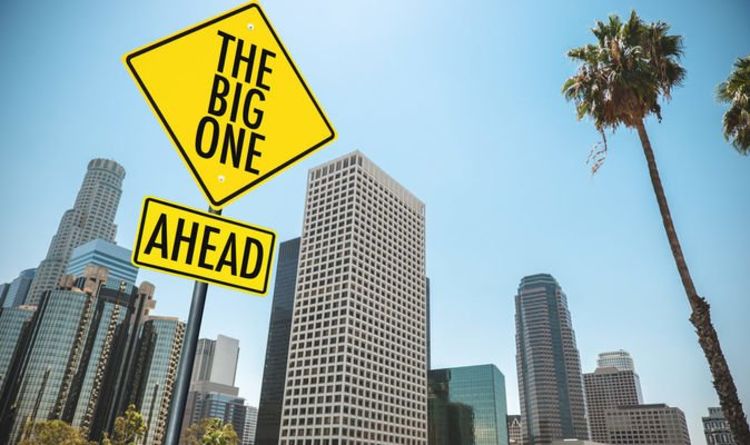 The Pacific Northwest sits on top of the Cascadia subduction zone, and experts believe it is a matter of when, not it, the region will experience a huge tremor. The Cascadia subduction zone is thought to generate a huge quake every 200 to 530 years. The last one arrived in 1700. When that fateful earthquake hit, the fault slipped by 20 metres and ruptured for 620 miles down the west coast of the US and Canada.

Such was the power of the quake that a tsunami hit the coast of Japan more than 3,000 miles away.

And experts believe it is now just a matter of time before the next disaster strikes.

When it does, the Cascadia subduction zone could unleash a earthquake measuring up to magnitude nine and cause monstrous tsunamis.

What makes a subduction zone more lethal than a regular earthquake fault line is that the former is a region where two plates lie on top of each other.

As a result, subduction zone faults can cause much more damage as one plate literally drops off of the other.

The slip in the Cascadia zone could cause nine metre tall waves. These waves have the potential to kill 11,000 people in the state and injure a further 26,000, according to the Federal Emergency Management Agency.

Experts warn is a matter of time before the devastating tremor hits, unleashing hell along the northwest of the US and Canada.

Bryan Walsh, author of the book End Times which looks at the existential threats which plague humanity, told Express.co.uk: “Take for example Seattle and Portland in the Pacific Northwest which sit on a great fault.

“The whole Pacific Northwest is very, very fragile. Essentially our cities are turn-of-the-century cities built on a time bomb.

“We could literally have it right now. And we’d be looking around, saying ‘okay, I guess this is it.’

“The more we know about it, the less we like it.”