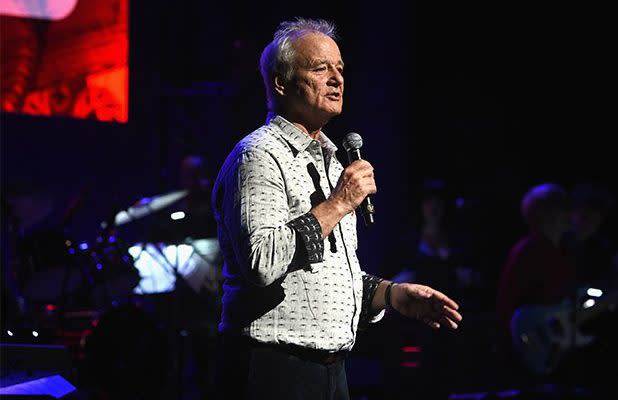 Fox Business Network viewers got a surprise Tuesday when actor Bill Murray showed up on “The Claman Countdown.”

Murray appeared behind contributor Robert Wolf during a segment, sitting on the couch and reading a magazine while his friend was introduced to about the upcoming election.

“I think he really wants to promote his new Apple TV show,” joked Wolf, who called in from Martha’s Vinyard. (Murray’s new film, “On the Rocks,” is exclusive to Apple TV+.)

The actor chatted with host Liz Claman for a while, discussing politics himself. She suggested if Murray moderated the next presidential debate between President Donald Trump and Democratic nominee Joe Biden, “we could actually get some answers on some serious stuff from both candidates.”

“After a couple cups of coffee I think I could do it,” he suggested.

From there, Claman went on to discuss the announcement from Trump that stimulus talks will be halted until after the election. The stock market took a sharp dip following the president’s tweet with the declaration.

Murray, who is known to pull surprise appearances and photobombs in public, continued to thumb through his magazine while the host and contributor spoke about what Biden’s strategy should be now.

Watch above, via Fox Business.

ByJohnni Macke Love conquers all! The coronavirus pandemic has halted many things, but proposals are still happening. Demi Lovato and Max Ehrich, for instance, got engaged...
Read more
Celebrity