Bill Turnbull: BBC presenter ‘in tears’ as he speaks out... 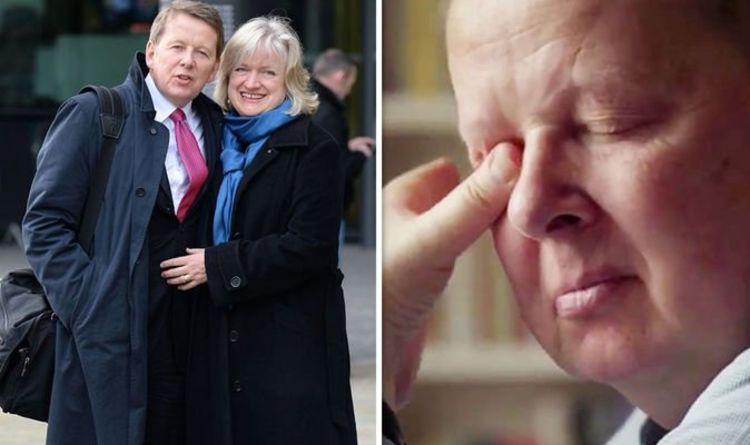 Bill Turnbull, 64, revealed in March 2018 he had been diagnosed with incurable prostate cancer the previous November. The former BBC Breakfast star admitted he felt like he was “inflicting pain” on his wife because of his health problems.

In a new interview, Bill explained that he now tries to find moments of joy in every day so that he can enjoy the rest of his life in the best way possible.

Speaking to Mail Online, the TV anchor revealed telling his family he had an incurable disease was “very hard”.

He told the publication: “You’re inflicting pain on them. Personally I can deal with it but seeing them upset was horrible.

“Most of the time I’m fine, but every once in a while you have a dip.”

Bill revealed that following his prostate cancer diagnosis, it has brought him and his wife Sarah closer together.

“I sometimes think, what must it be like for people who don’t have anybody in their life who get diagnosed with cancer?” the broadcaster commented.

“If you have somebody else with you, particularly someone who loves you truly, madly, deeply, with whom you’ve been for more than 30 years, you can laugh and cry with them. They distract you in many ways. If you have nobody, that’s pretty tough.”

“I’m going to tear up now. I’m so sorry,” he said, before continuing.

“We go through it together. It has brought us even closer than before. We laugh a lot —– most of the time. And work is also a distraction.”

The television star tied the knot with Sarah in 1988 and the couple share three adult children together – Henry, 32, Will, 31, and Flora, 28.

But Piers’ temporary co-star Bill left the ITV studios in chaos after he suffered an unfortunate blunder on the show last week.

The former BBC Breakfast star was sat alongside Susanna and news anchor Ranvir Singh, when he explained what had just happened during the advertisement break.