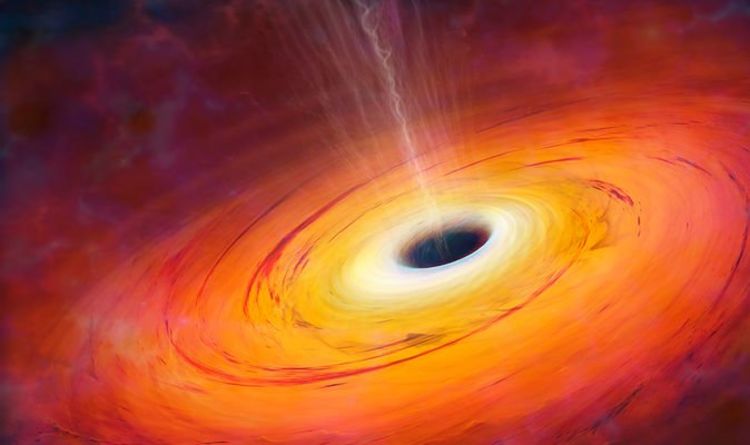 Gravitational waves are ripples in the fabric of space-time.

These are caused by the collision of enormous but compact entities in space, such as black holes and neutron stars.

Niayesh Afshordi, a physics and astronomy professor at Waterloo, said: “According to Einstein’s Theory of General Relativity, nothing can escape from the gravity of a black hole once it has passed a point of no return, known as the event horizon.

“This was scientists’ understanding for a long time until Stephen Hawking used quantum mechanics to predict that quantum particles will slowly leak out of black holes, which we now call Hawking radiation.

“Scientists have been unable to experimentally determine if any matter is escaping black holes until the very recent detection of gravitational waves.

Professor Afshordi and his co-author Dr Jahed Abedi from the Max Planck Institute for Gravitational Physics have reported the first tentative findings of these repeating echoes.

The news provides experimental evidence black holes may be radically different from what Einstein’s Theory of Relativity predicts, and lack event horizons.