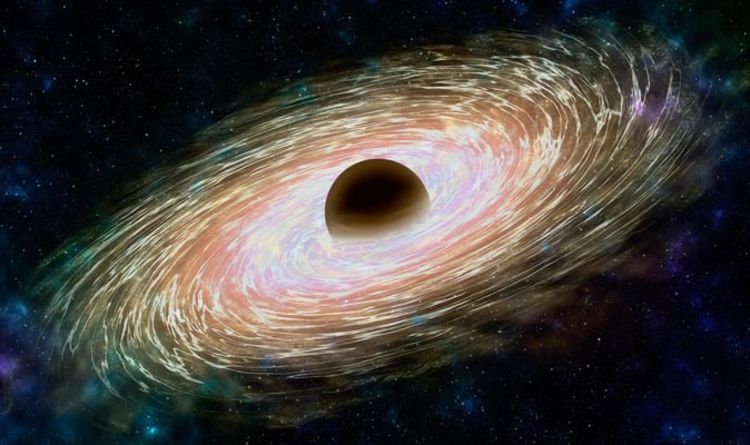 Alvaro Diez from the University of Warsaw, Poland, told Express.co.uk black holes grow in mass and strength when they feed.

“The final result is not exactly the sum all both masses before the collision because of losses due to radiation, friction and energy emissions, but it is still noticeable in most cases.

“The ‘strength’ of a black hole – and the radius – depends only on its mass, so every time the black hole ‘swallows’ another object it becomes bigger, stronger, more deadly.”

When a planet or a star falls into a black hole, the collision releases a tremendous amount of energy.