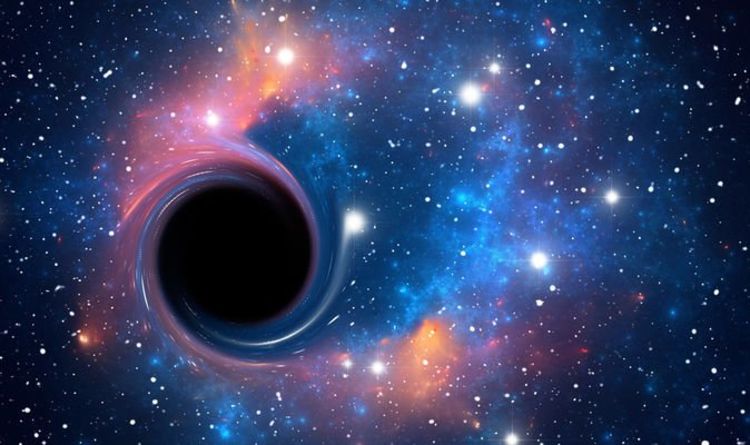 In late November, astronomers had announced the discovery of a stellar black hole – a black hole formed after a dead star collapsed in on itself – which had a mass of more than 70 times that of the Sun. The scientific community was stunned by the discovery, as it was believed stellar black holes have a limit of around 20 to 30 times the mass of our sun. Researchers from the Chinese Academy of Sciences who discovered the black hole, named LB-1, said the finding could completely re-write everything scientists know about the mysterious space entities.

Professor Jifeng Liu said at the time: “Black holes of such mass should not even exist in our Galaxy, according to most of the current models of stellar evolution.

“We thought that very massive stars with the chemical composition typical of our Galaxy must shed most of their gas in powerful stellar winds, as they approach the end of their life.

“Therefore, they should not leave behind such a massive remnant. LB-1 is twice as massive as what we thought possible.”

However, like most things which are too good to be true, the black hole might not actually be that big.

Three new studies now highlight the likely errors from the Chinese Academy of Sciences, with two of the papers stating that the scientists analysed the data incorrectly, and another which shows the more likely lower mass of LB-1.

University of Pennsylvania’s Mariangela Bernardi and Ravi Sheth ‘weighed’ the black hole in one study, which is done by measuring the speed of the rotation – the faster the rotation, the heavier it is.

Prof Bernardi said: “We realised there is a bias in the nearby sample that was used to calibrate the masses.

“The objects for which we are currently able to measure masses don’t seem to be typical.

READ MORE: Black hole at centre of the galaxy ‘could one day consume Earth’

“Our work suggested that supermassive black holes are, on average, not as massive as previously thought.”

Another paper from the University of California Berkley, said: “The evidence for the unprecedentedly high mass of the unseen companion comes from reported radial velocity (RV) variability of the Hα [a spectral line packed with hydrogen electrons] emission line, which has been proposed to originate from an accretion disk around a BH.

“We show that there is in fact no evidence for RV variability of the Hα emission line, and that its apparent shifts instead originate from shifts in the luminous star’s Hα absorption line.”