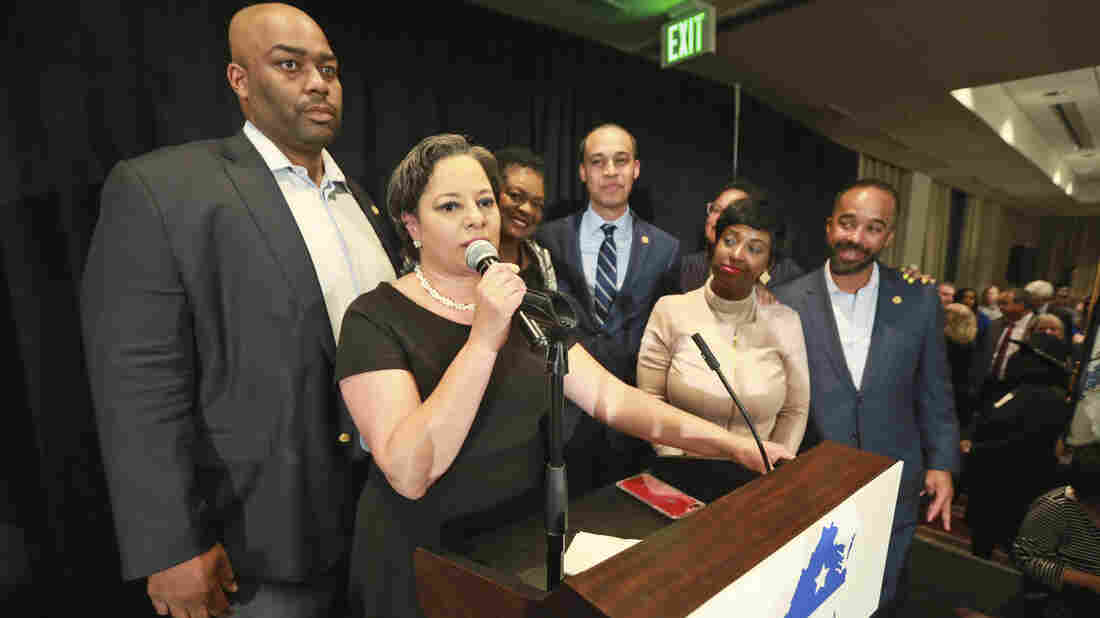 Virginia State Sen. Jennifer McClellan, D-Richmond, is joined by Del. Lamont Bagby, D-Henrico, (far left), and other members of the state’s Legislative Black Caucus in November 2019. On Wednesday, the VLBC sent a letter to Gov. Ralph Northam opposing his plans to start reopening the state on May 15. Steve Helber/AP hide caption 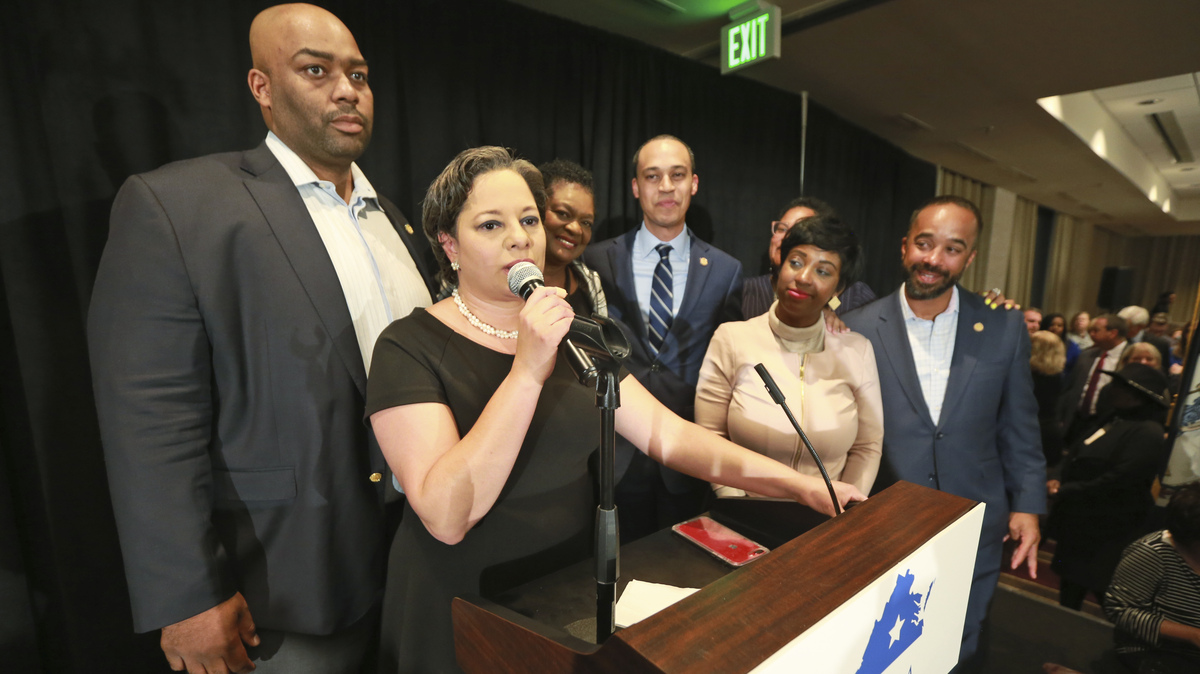 Virginia State Sen. Jennifer McClellan, D-Richmond, is joined by Del. Lamont Bagby, D-Henrico, (far left), and other members of the state’s Legislative Black Caucus in November 2019. On Wednesday, the VLBC sent a letter to Gov. Ralph Northam opposing his plans to start reopening the state on May 15.

Prompted by concerns about racial health disparities, African-American state lawmakers in Virginia are opposing plans by Gov. Ralph Northam to begin a phased reopening of Virginia’s economy this week.

In a letter to Northam, leaders of the Virginia Legislative Black Caucus outline “grave concerns” about plans to begin reopening some businesses across much of the commonwealth on Friday. The letter notes that “a significant percentage of our essential workers are Black Virginians and Virginians of Color” and that people of color have been disproportionately harmed by the pandemic.

Northam has said he believes most of Virginia is ready to move into the first phase of a multi-step plan to resume business activities. During the initial phase, nonessential retail will be allowed to reopen at 50% capacity, and restaurants can offer limited outdoor seating, among other changes set to take effect.

At the request of local leaders, Northam is delaying the reopening for several towns, cities, and counties in Northern Virginia until at least May 29, because of a higher infection rate in the region.

In a statement to NPR, a spokeswoman said Northam is “deeply appreciative of the Legislative Black Caucus and values their close partnership with him and his administration as we respond to this crisis. He continues to be guided by public health, data, and the CDC guidelines. He is absolutely committed to moving forward in a safe, gradual manner that protects all Virginians, particularly low-income individuals, essential workers, and communities of color.”

Last year, after a scandal involving a blackface photo in his medical school yearbook prompted calls for his resignation from members of the Virginia Legislative Black Caucus and other Democratic leaders, Northam told the Washington Post he intended to make racial justice the focus of the rest of his time in office.