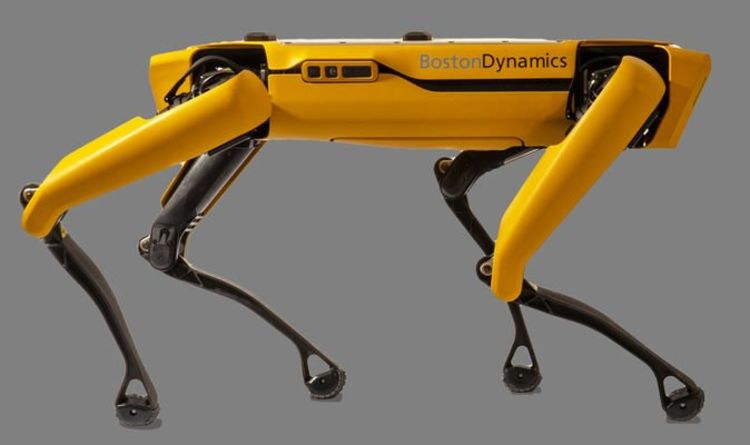 Speaking about what inspired the episode, Charlie Brooker told Entertainment Weekly: “It was from watching Boston Dynamics videos, but crossed with — have you seen the film All Is Lost?

“I wanted to do a story where there was almost no dialogue.

“And with those videos, there’s something very creepy watching them where they get knocked over, and they look sort of pathetic laying there, but then they slowly manage to get back up.”

SpotMini is all-electric and can go for about 90 minutes on a charge, depending on what tasks it is doing.

With 360 degree vision and obstacle avoidance, the robot can be driven remotely or taught routes and actions to perform autonomous missions.

Spot’s mounting rails, payload ports, and software development kit give customers the tools they need to customise the robot for their application.

By integrating Spot with software and sensors, the robot can perform tasks in a variety of industries.

These range from documenting construction progress to monitoring remote environments, adding situational awareness and even performing.