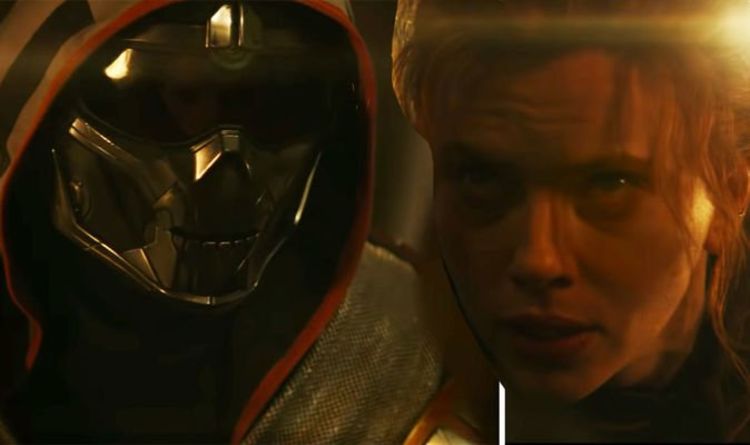 For Natasha, this could be tough to watch, knowing he has taken on some of the skills of people she has fought alongside for years, though at this point in the timeline, the group is fractured after the events of Civil War.

Taskmaster’s identity, in terms of his backstory, has been mysterious even in his publications, so it will be hard to predict who Marvel put in the suit for his MCU debut.

In his original series, Taskmaster, he was portrayed as Tony Masters, a child who was able to copy people in such a way that he was considered an unusual child.

As previously mentioned, there is also a version of him where his photographic memory is more than just a skill, and he actually injects a serum that makes it even more impenetrable.

After graduating high school, in his character backtsory, he decided to be a professional criminal as it was more lucrative a job, and started to observe the fighting skills of the various heroes who cropped up in New York City, meaning he came up against people like Daredevil and the Avengers in his time.

ByBEING an actor was not something Aniq Durar aimed for when he was young. He wanted to be a pilot, but that dream was...
Read more