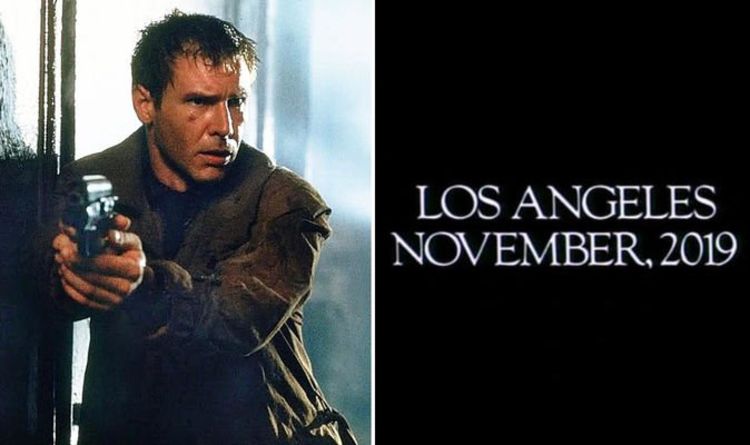 Ridley Scott’s 1982 sci-fi noir is set in Los Angeles in November 2019, this very month. And just like Back to the Future in 2015, the movie’s idea of the future is slightly off, but arguably predicted a few things too. Sadly, the screenwriters of the 80s hope for flying cars, just like hover boards (no, real hover boards) hasn’t come true just yet. Neither has the desolate dystopian landscape of Los Angeles depicted in Blade Runner.

While Los Angeles fights fires for real this week, Blade Runner’s November 2019 concept of the City of Angels saw constant rain and smog covering the skies – perhaps a prediction of the world’s worsening environment issues.

The film also saw robots called replicants, who are indistinguishable from humans, living among us.

We may not be there yet with AI, but robotics continue to advance, with facial and vocal reconstructions getting better and better, making it harder to recognise the difference between the real deal and the created.

The world of Blade Runner may be mobile phone free, but it did predict technology’s ever-increasing presence in our lives and mankind’s reliance on it.

Even without iPhones, this dystopia saw Harrison Ford’s Deckard and co talking into devices, just as we use Siri today.

READ MORE: MOVIES SET IN 2019 FROM BLADE RUNNER TO AKIRA

Set in the same world, this version of the future was described as one without mobile phones – just like the original film.

Nevertheless, Ridley Scott has plans for a possible third movie.

Speaking with Digital Spy, the director said: “I hope so. I think there is another story.”

“I’ve got another one ready to evolve and be developed, so there is certainly one to be done for sure.”

Scott also addressed the problem with Blade Runner 2049 when speaking with Al Arabiya.

“I would have taken out half an hour.”

Other movies set in 2019 include The Island and Akira.

The latter anime classic predicted that Tokyo would be destroyed in July 1988 resulting in World War III and by 2019 the city would become the corrupt and violent Neo-Tokyo.

ByAFTER working as an internal auditor for more than 10 years, Sharmila Kaur left her career to journey into the world of tiny little...
Read more