Bleak picture for China in Q1, but recovery seen for rest of year 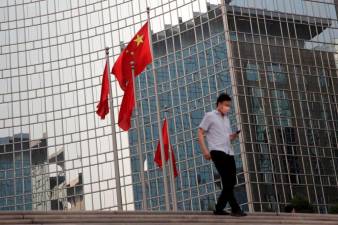 KUALA LUMPUR: China’s gross domestic product (GDP), which is expected to grow by 1.2 per cent in the first quarter due to the COVID-19 outbreak hurting economic activities, will likely rebound for the rest of the year to bring the overall growth to between 4.6 per cent and 5.2 per cent for 2020, said Bloomberg Economics.

Washington-based chief economist Tom Orlik said the outbreak has severely affected China’s economy along with the rest of the world, considering the country’s significant role in the global economy.

“We are seeing a bleak picture for the first quarter and perhaps in the second quarter too; but we anticipate it to bounce back for the rest of the year with the reducing number of new COVID-19 cases,” he said in a live Web-based seminar on COVID-19 and the impacts on economic growth here today.

Orlik said the economy is getting back on its feet with more people starting to go to work and factories in China resuming activities.

Prior to the outbreak, he expected China’s economy to thrive given the signing of the US-China phase one trade deal and grow by 5.9 per cent in the first quarter (Q1) of 2020.

The Q1 figure was, however, revised downwards to 4.5 per cent at the end of January as it used the 2003 severe acute respiratory syndrome (SARS) case as a base to its calculations and reduced it further to 1.2 per cent at end-February as it became clear that COVID-19 would have a more severe impact.

He said if China’s economy slowed down, other countries would also take a hit, especially its neighbouring countries and commodity-driven economies.

“The factories in China are the world’s supplier for components and if this supply dries up, factories from all over the world will not be able to complete their manufacturing,” he said, adding that Vietnam, Japan and South Korea are among the most vulnerable.

He said some central banks have started to reduce interest rates to offset the impact of the outbreak. The US Federal Reserve lowered interest rates by 50 basis points recently.

“However, we need to be cautious of our expectations of how much central banks can do because the outbreak is also a supply shock because factories are halting operations.

“You will not make things better if you stimulate growth and demand while supply is constrained. All this adds to inflation,” he added. -Bernama

ByIn the same study, scalp-itching was more common in the group that received minoxidil, so rosemary oil could be a better option for people...
Read more